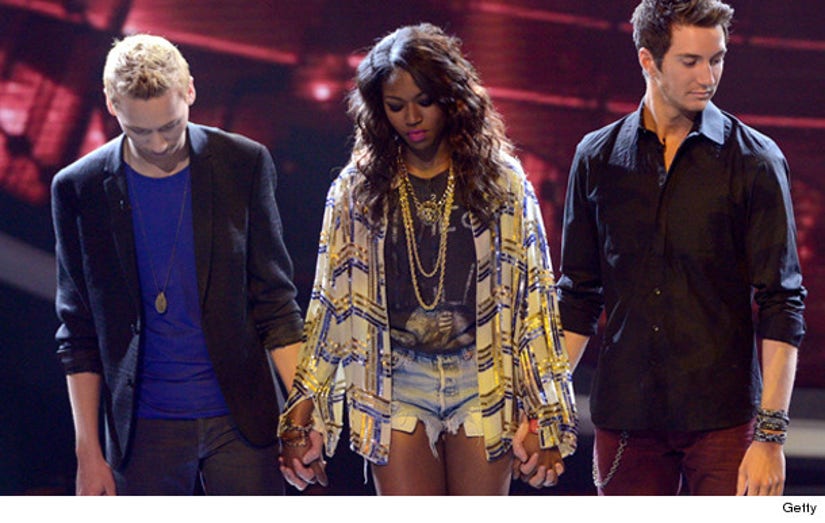 A longstanding streak on "American Idol" ended on Thursday night with the elimination of the second finalist.

The last female -- and minority -- winner was Jordin Sparks way back in Season 6. Following her were a string of WGWG: David Cook, Kris Allen, Lee DeWyze, Scotty McCreery and Phillip Phillips.

Jolly, a pleasant but unremarkable singer, hoped to become the "male Taylor Swift." However, judges Mariah Carey and Keith Urban didn't feel he quite fit the country vibe, pushing him towards a pop direction. Unfortunately, as the lowest vote-getter, audiences won't see which genre Paul excels in best.

As I correctly predicted, Devin Velez was in the bottom three as well, and I wasn't surprised Amber Holcomb got the least amount of votes among the girls. Devin and Amber are the best vocalists in the Top 8, so hopefully America will get it right.

Where they didn't get it right was Lazaro Arbos, who Randy Jackson said had his "the worst performance ever" on Wednesday. Lazaro should've been sent home, but hopefully this make him dig down and fight (and stop crying).

With all 5 female finalists remaining and only 3 male finalists left, it's looking more and more likely that the Season 12 finale will be a ladies night. Who do you think will win? Tell toofab in the comments below!