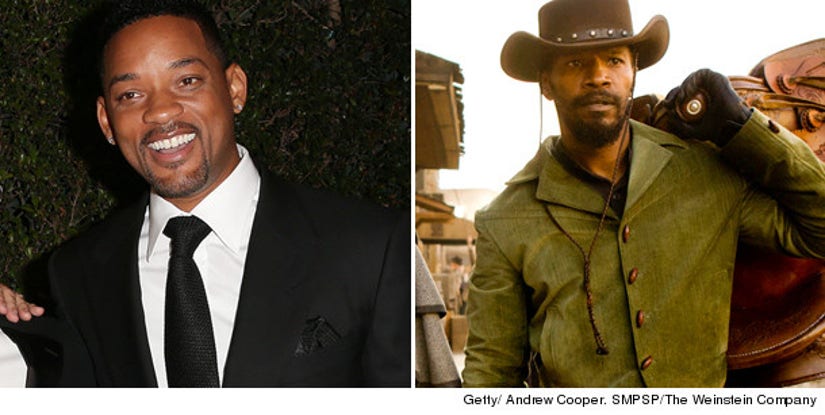 Can you imagine "The Fresh Prince of Bel-Air" as slave-turned-badass Django? It almost happened.

EW spoke with Will Smith -- who re-teams with son Jaden in this summer's "After Earth" -- and he shared the surprising reason why he turned down the role in "Django Unchained."

“Django wasn't the lead," the actor candidly states. "So it was like, I need to be the lead. The other character was the lead!”

That other character would be Christoph Waltz's bounty hunter Dr. King Schultz -- a brilliant performance that did earn Waltz both an Oscar and Golden Globe ... but in the supporting category.

Smith even begged writer-director Quentin Tarantino to change the script for him to accept the role.

“I was like, 'No, Quentin, please, I need to kill the bad guy!'” he said, referring to the fact that Waltz's Schultz is the one who ends up offing Leonardo DiCaprio's sadistic plantation owner Calvin J. Candie.

“I thought it was brilliant," he added. “Just not for me."

Tarantino stuck to his guns, eventually casting Jamie Foxx as Django, and we couldn't imagine anyone else embodying the role as he did.

So we gotta ask: