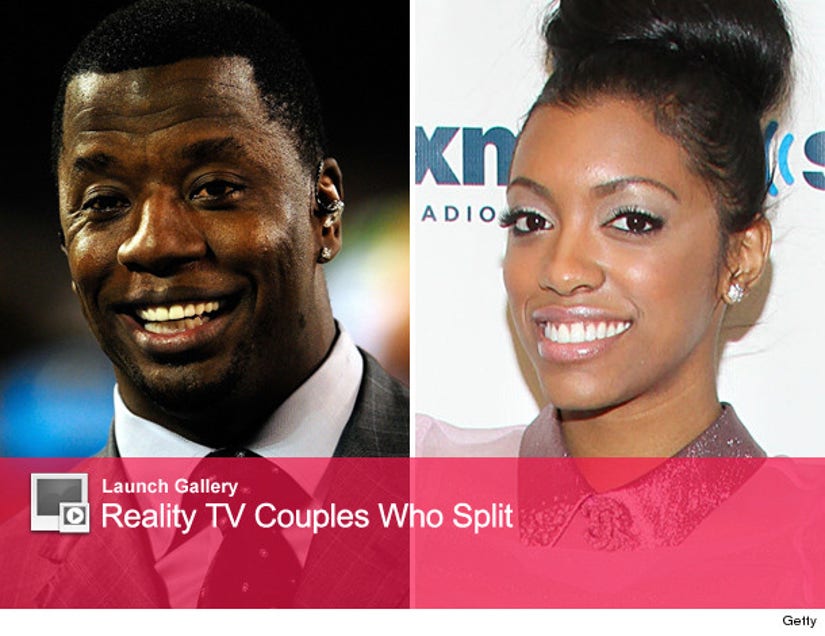 Has the "Reality Curse" struck again?

It seems that once a couple appears on a reality television show, their relationship is doomed. The latest victims? "Real Housewives of Atlanta" star Porsha Stewart (nee Williams) and her husband Kordell Stewart.

The former NFL star filed for divorce from his reality TV wife on March 22. The two wed back in May 2011. Porsha and Kordell often disagreed on the show; she wanted kids and a career in charity work, he wanted her to choose one over the other.

"Mrs. Stewart is disappointed about her husband's recent filing for divorce. Mrs. Stewart had held off on filing for a divorce herself and remained committed to the marriage because Mr. Stewart promised to work on the marriage with her. Instead, he misled her and she found out about the filing in the media. Mrs. Stewart hopes to resolve these personal issues privately with the support of her family, friends and strong faith."

See more couples claimed by the "Reality Curse" above, including former "Newlyweds" Jessica Simpson and Nick Lachey, and Kim Kardashian and Kris Humphries, who didn't end up happily ever after despite their "Fairytale Wedding."