Which rocker just got this giant tattoo on his neck? Hint ... he has tons of tattoos all over! 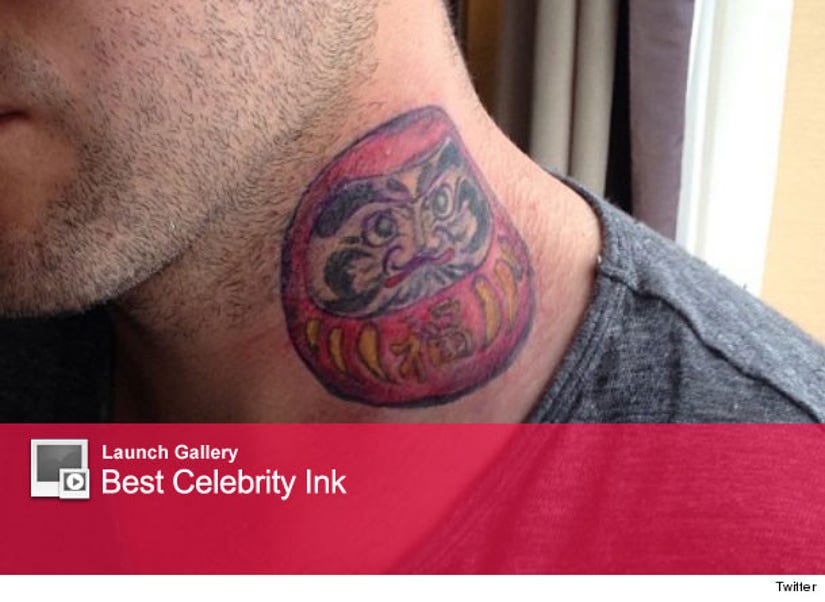 Give up? It's Pete Wentz! The Fall Out Boy bassist posted this shot along on his Twitter account along with the caption "daruma tat what happens in Tokyo stays in Tokyo." A daruma is a bearded red doll believed to bring good luck in Japanese culture. 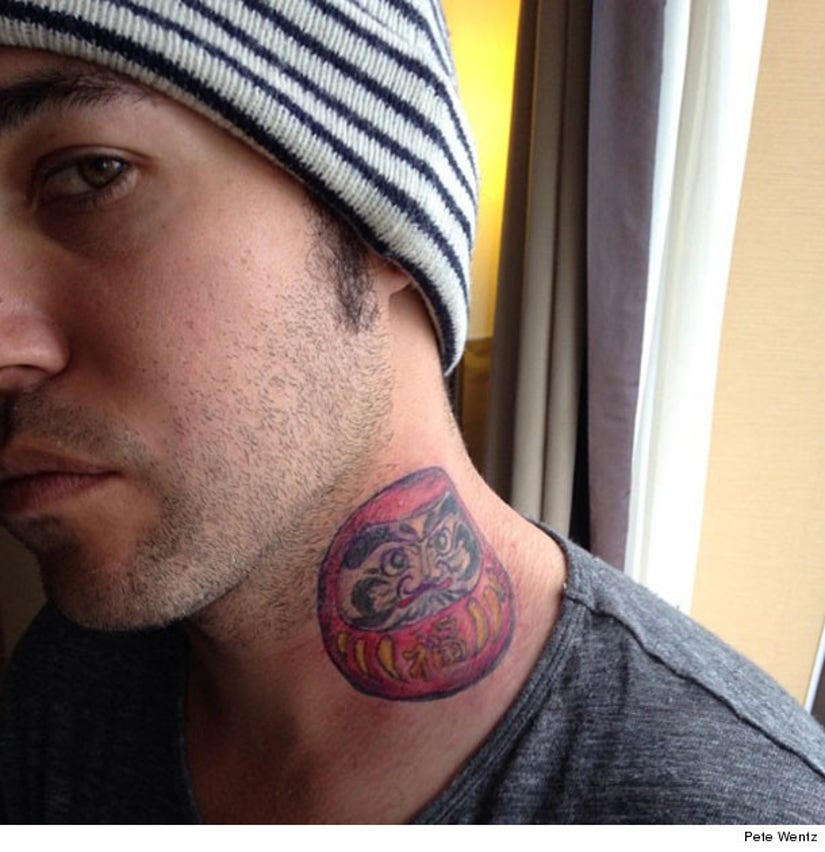 Pete didn't have to sit for hours and endure painful needles, though. The "tattoo" was painted on as part of an April Fool's joke! 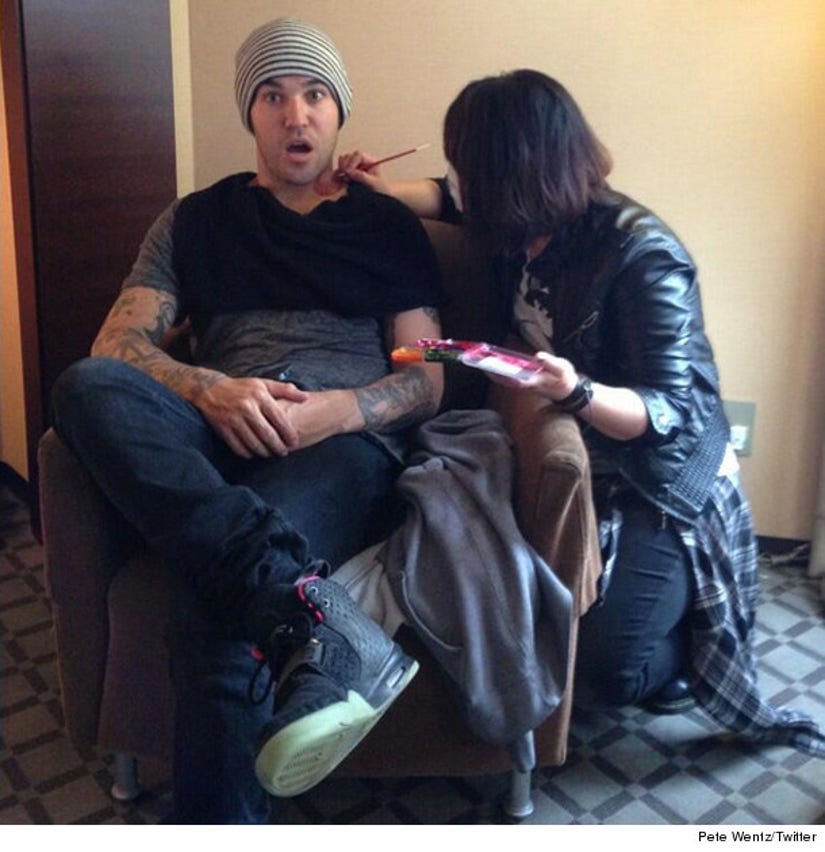 To see even more (real) celebrity tattoos, including a "G.I. Joe: Retaliation" star with a back full of ink, click on the "Launch Gallery" above!