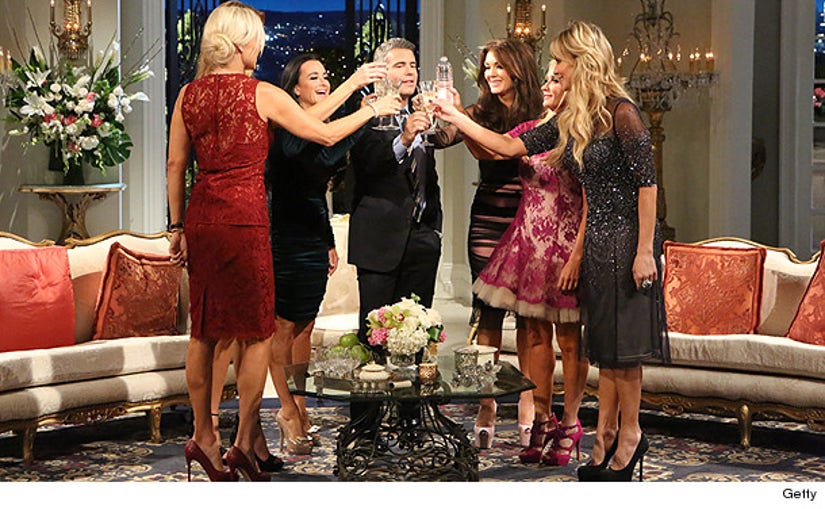 Part 2 of "The Real Housewives of Beverly Hills" reunion aired Monday, and more secrets were revealed. Here are five takeaways from the show:

1. Paul Nassif moved out several times prior to his divorce.

Adrienne Maloof and Paul Nassif's marriage was on the rocks before Season 3. During the first season, Adrienne confided in her then-neighbor Lisa Vanderpump that Paul had moved out several times. Adrienne and Paul divorced in 2012.

She may be the owner of Villa Blanca and SUR (and the soon-to-be-opened P.U.M.P. Lounge in Weho). "If I had $150 million, I would not be sitting here," Lisa said at the reunion.

Yolanda may be married to the most prolific and wealthy music producers, but she lives within her means, which are well above yours and mine. The newest "Real Houswives" star bemoaned that her daughter only had one show horse. "I have a budget," Yolanda revealed. "To have a show horse is a $300,000 to $400,00-a -ear hit. Having two more horses, I can't afford it."

The piece de resistance in Yolanda's Malibu mansion is her transparent fridge, which she designed herself. "It's not fancy," she explained. "It's completely practical." Clearly, Yolanda can't be bothered to open a door and look like the rest of us. There is a downside to have a see-thru fridge: there's extra pressure to keep things neat.

5. Mauricio Umansky has a big appendage.

Kyle Richards' husband, often returned to as "the hottest househusband" has size 12 feet. That is all.