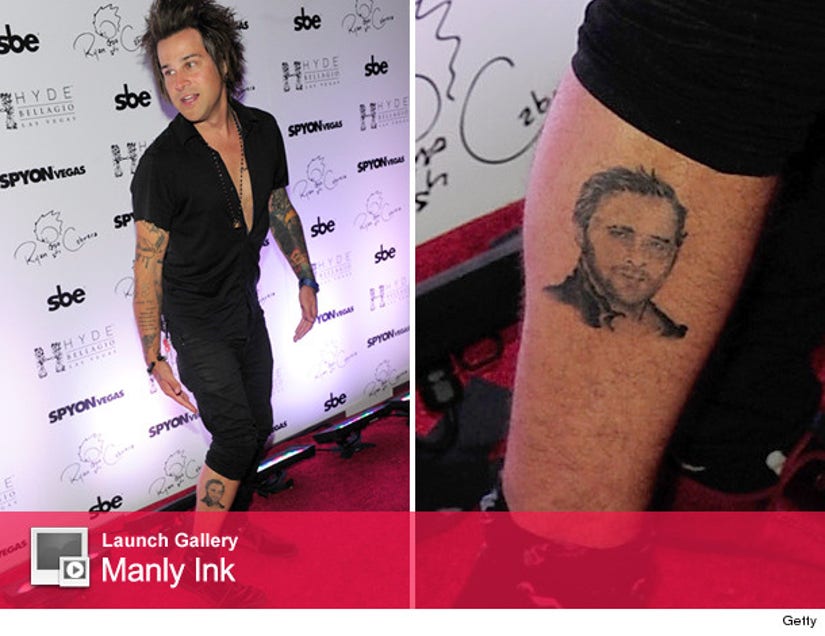 Ryan Cabrera found an interesting way to become relevant again: He got a Ryan Gosling tattoo.

The singer showed off his bizarro ink on the red carpet this weekend in Las Vegas and we gotta say, it's one of the most random pieces we've ever seen.

So, what's the story behind it?

According to Cabrera, he and a friend like to play a game they call "Tattoo Roulette."

And the Gosling piece isn't the only one he got playing the game -- Ryan says he also has a unicorn and a Care Bear. How cute.

Despite the awful ink, Cabrera still says "it's a great game."

What do you think? Is this something you'll be playing with your friends anytime soon?

Check out more celebrity tattoos in the gallery above!