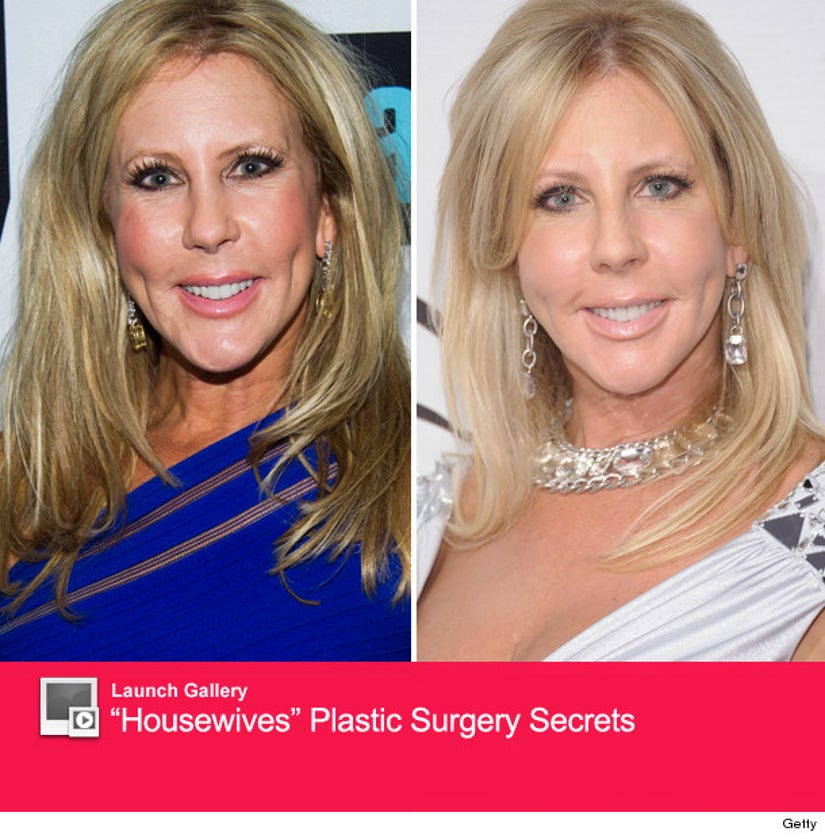 Vicki Gunvalson just revealed her "settled in" face after having numerous cosmetic procedures, including a chin implant, cartilage reconstruction on her nose, and fat injections in her cheeks.

So ... how's she look? Well, not too different actually.

The "Real Housewives of Orange County" star debuted her new mug on "Watch What Happens Live" with Andy Cohen on Monday night (left), where she revealed why she got surgery in the first place.

"A lot of people were saying my nose turned up and I looked like Miss Piggy," Vicki told Andy. "It made me self conscious ... it was hurtful."

"I had fat taken [from] my sides put in my face and then they put a little implant," she added. "I just closed my eyes and said 'Do what you think is gonna look good' and they did it."

Gunvalson seems happy with the transformation, which officially puts her in the "Real Housewives" Plastic Surgery Club. See what other stars have had done in the gallery above!