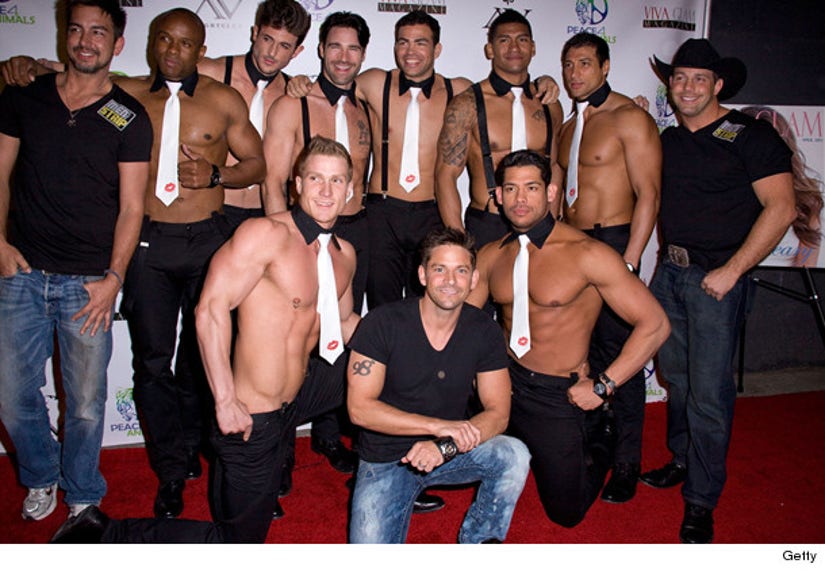 Jeff Timmons is looking for a few good men.

The 98 Degrees star is currently working on a new reality show called "Men of the Strip" -- a series which boasts the "hippest, hottest and sexiest male entertainers."

The cast will be featured in a new male revue show in Las Vegas, which Timmons will host.

toofab recently caught up with the sexy singer as he and the show's most drool-worthy men shot a half-naked calendar in Los Angeles.

Trust us when we say that these guys are easy on the eyes!

Check out the video above to see some behind-the-scenes footage from the shoot -- plus, hear one dancer's on-stage horror story involving dentures. Yes, dentures.