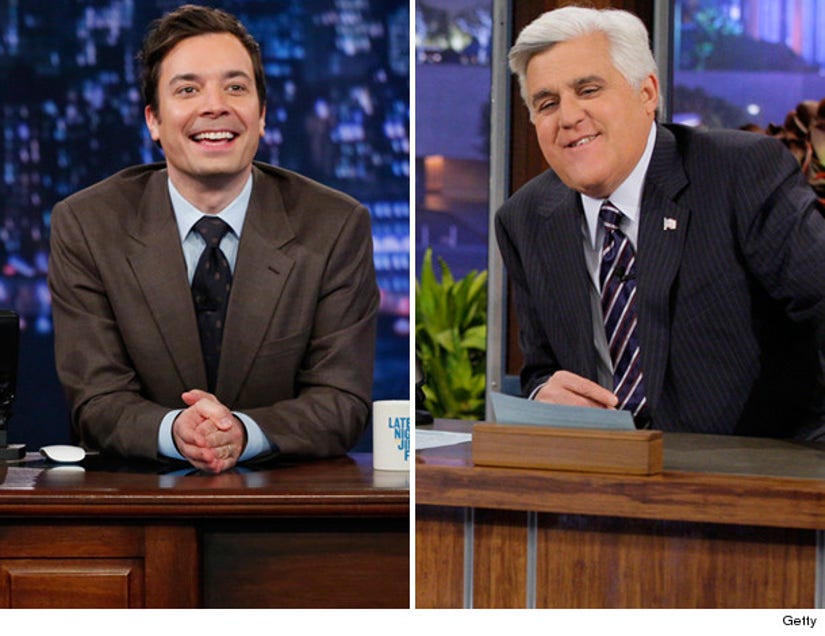 NBC's worst kept secret is a secret no longer -- Jimmy Fallon is taking over "The Tonight Show!"

The network confirmed on Wednesday morning that Fallon will replace 22-year host Jay Leno in Spring of 2014.

The move will also bring "The Tonight Show" back to New York City for the first time in 42 years, and the show will be executive produced by Fallon's friend and longtime boss, Lorne Michaels.

“Congratulations Jimmy," Leno said. "I hope you're as lucky as me and hold on to the job until you're the old guy. If you need me, I'll be at the garage.”

Despite the fact that Leno has held the job for so long, it is rumored that he's still disappointed with the news, even taking jabs at NBC in his recent monologues. And let's not forget the last time Leno left the show -- Conan O'Brien replaced him in 2009 for a whole 7 months before Jay controversially returned to his hosting chair.

The Hollywood Reporter also says that "SNL" head writer and "Weekend Update" host Seth Meyers is being eyed to replace Fallon as host of "Late Night" at 12:35am.