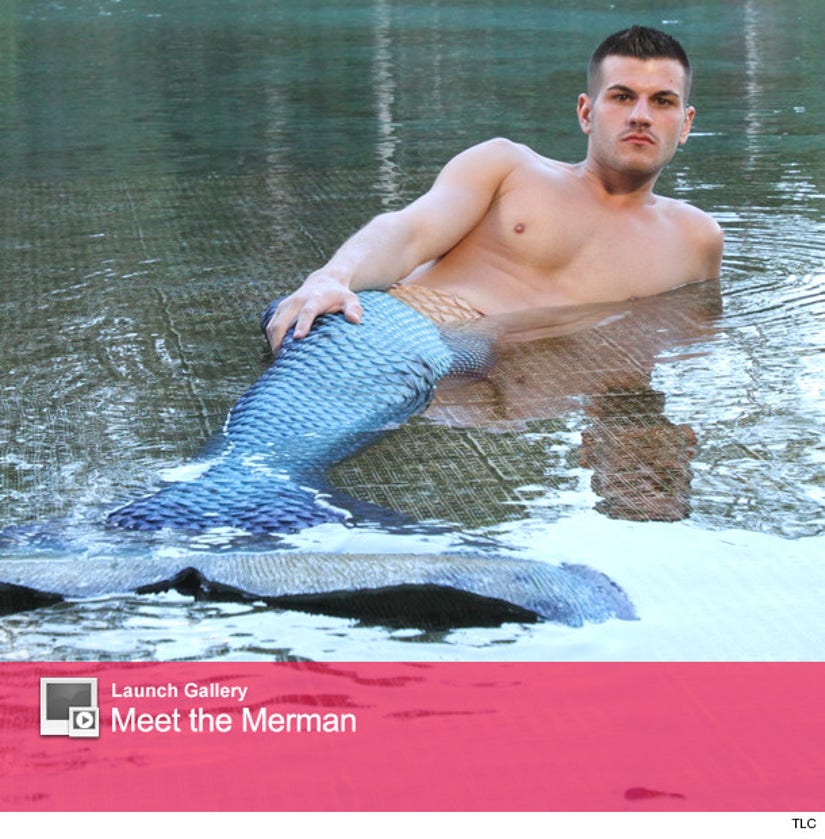 Want to go under the sea with this guy?

We've seen some wild hobbies on TLC's "My Crazy Obsession," but Eric Ducharme definitely has one of the craziest: He's obsessed with mermaids.

"I do eat, breathe and sleep mermaids," he exclaims in a promo for the show. "It's my lifestyle, it's the path in life that I have chosen."

And he doesn't just love them, he is one.

The sea creature aficionado makes his own tails and swims underwater with them for up for four minutes at a time.

Surprisingly, the weird obsession hasn't affected his social life that much -- and he actually has a cute boyfriend.

"When I first met Eric, I was introduced to the subject of mermaids, on our first date," his man is seen telling cameras in the promo. "Your jaw just kind of drops and you're just like, 'Wow.'"

The obsession helps pays the bills though, as he actually makes a living selling his custom fins. He even designed one for Lady Gaga once!

Check out more photos of Eric in his merman regalia above -- and see another video about him below. The new season of "My Crazy Obsession" premieres tonight on TLC.