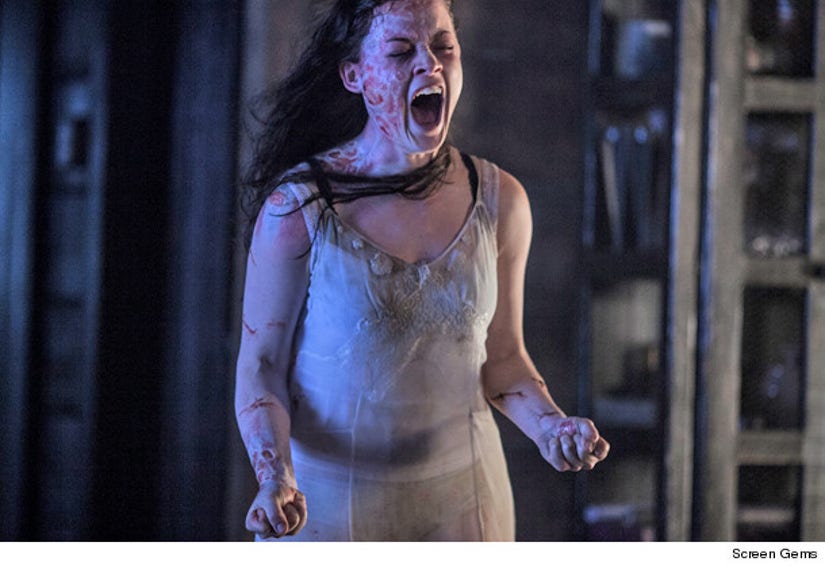 When Sam Raimi made "Evil Dead" in 1981, there was nothing like it.

With its over-the-top gross out moments, Bruce Campbell's performance as Ash and the director's signature camera angles, the movie has become a cult classic -- spawning two sequels that are also treasured in the annals of horror.

But in the past 32 years, the formula has become tired.

The "Friday the 13th" franchise and movies like "Cabin Fever," "Wrong Turn" and countless others have all plopped beautiful teens in the middle of the forest, only to kill them off one by one.

And last year, the amazing "The Cabin In the Woods" skewered them all in a smart, new way. And if you still haven't seen that movie, order it On Demand, now!

In short: The remake of "Evil Dead" had a lot going against it.

But, in a post-"Cabin In the Woods" world, the new movie still manages to breathe new life into the genre.

This time around, "Suburgatory" star Jane Levy plays Mia, a drug addict whose friends take her to her family's cabin as she goes through detox.

The scenario creates a believable reason why the group would travel far from civilization ... and helps cultivate an environment of paranoia and doubt when all hell breaks loose.

And boy does it break loose.

Soon enough, bloody vomit starts to pour, faces are completely sliced off, limbs get amputated and poor Mia gets violated by a naughty tree vine. This isn't a movie you bring mom to ... unless she's a gore hound who secretly loves watching people burn alive.

Clearly, this flick is brutal and definitely isn't for the faint of heart. But those who love the horror genre will relish in all the nasty things happening to these pretty people. It's extreme -- but in a ridiculous, darkly comical way.

This may be the only movie that had me cracking up while also shielding my eyes from the atrocities onscreen.

And when it comes to these gross-out scenes, I have to also applaud director Fede Alvarez for relying on practical effects, and not CGI. Take note: Just because you can use computers, doesn't mean you should!

Sure, the movie isn't perfect. While Levy and costar Lou Taylor Pucci do great jobs bringing their two characters to life, Jessica Lucas, Shiloh Fernandez and Elizabeth Blackmore's characters are all one-note.

Fans of the "Evil Dead" franchise also shouldn't go in expecting the level of slapstick in "Evil Dead II." This just isn't that kind of movie.

But with its relentless pace, awesome finale and a post-credits scene you should probably stick around for, the "Evil Dead" is worth seeing with a rowdy group in theaters.

With a sequel almost guaranteed, I'm interested in seeing where this franchise will go next -- and fingers crossed this film's survivor and Ash eventually cross paths!