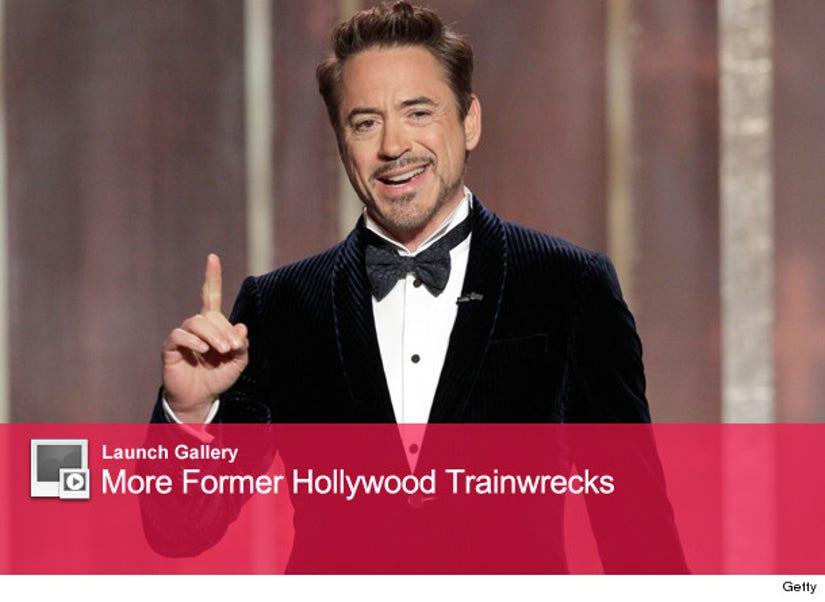 The actor's landed blockbuster success with his starring roles in the "Iron Man" and "Avengers" flicks -- with sequels for both in the works ("Iron Man 3" comes out next month!).

But he's definitely had his fair share of ups and downs through the years.

From 1996-2001 Robert's drug problems landed him in a world of trouble, from numerous arrests, to rehab and even jail time.

Robert was able to rebuild his career once becoming clean and sober in 2003, appearing in a slew of major flicks like "Tropic Thunder" and "Sherlock Holmes," and starting his own production company, Team Downey.

Downey's not the only (former) Hollywood trainwreck who's been able to turn their life around -- click "Launch Gallery" above to find out what other celebs have found success and sobriety after hitting rock bottom.