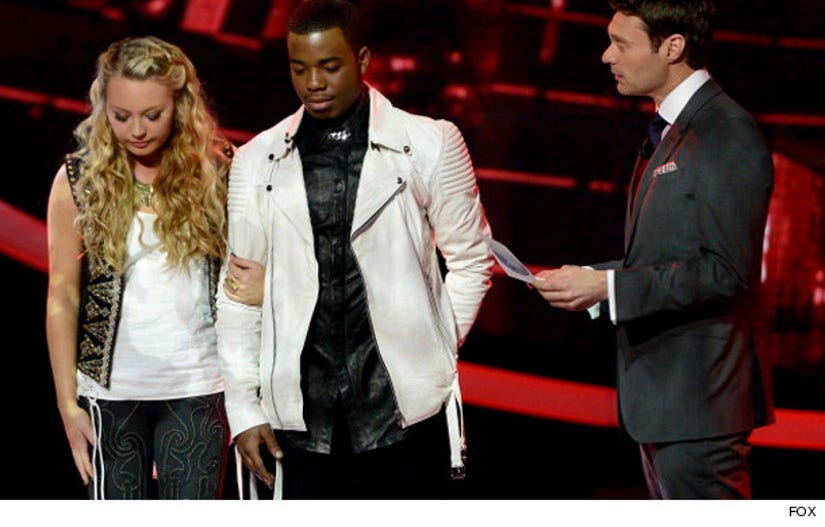 Lazaro Arbos has more staying power than the gel in his perfectly coiffed hair.

The "American Idol" finalist -- who for a second week was called the worst performer by mentor Jimmy Iovine -- will stay another week.

Not only that, Lazaro was among the top three vote-getters, alongside Angie Miller and Kree Harrison. And because the places weren't revealed, he may have been the *top* vote-getter).

In the end, it was Burnell who went home, a personal favorite of mine and Mariah Carey. That means out of the thousands of guys who auditioned, Lazaro is the last man standing. Unbelievable.

The judges did not use their save, likely holding it the eventual moment one of the girls finds herself in the bottom spot instead of Lazaro.

So here's to you, Burnell. You had a sob story (his home was demolished by Hurricane Katrina) but you never made any excuses. Relive his best performance here, which sums up his experience:

Did Burnell deserve the save?

In our bonus poll, Check out the night's group number to "Somebody to Love," popularized by the cast of "Glee."