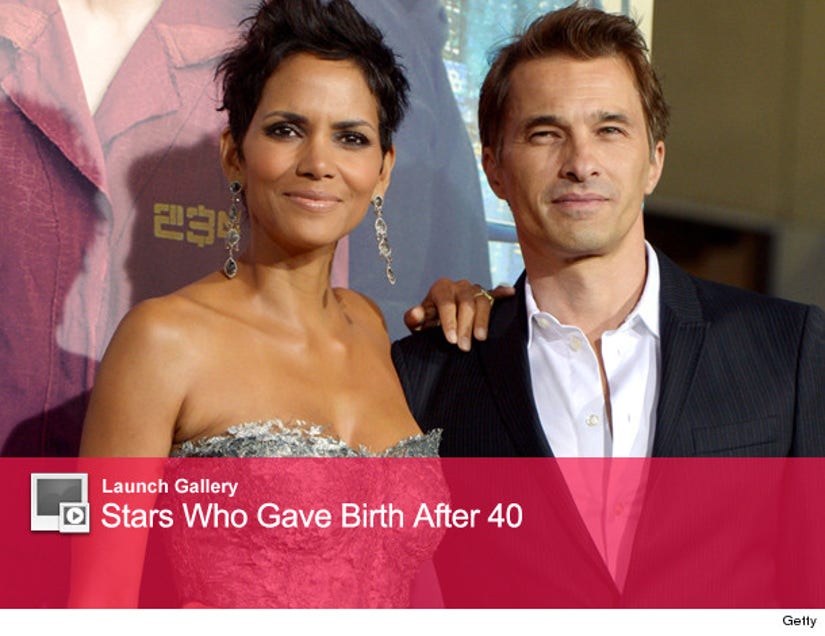 Halle Berry and her fiance Olivier Martinez are expecting their first child, TMZ is exclusively reporting.

The actress, 46, and her French beau, 47, are having a boy. She has a 5-year-old daughter, Nahla, with ex-boyfriend Gabriel Aubrey.

Halle just starred in the thriller "The Call," and is slated to reprise her role as Storm in the "X-Men: First Class" sequel "X-Men: Days of Future Past."

Click on the "Launch Gallery" above to see more stars who gave birth after 40.