Lindsay Lohan has been the butt of many jokes in the past couple years ... but this time, she's finally in on one.

A new clip from "Scary Movie 5" was just released, showing a scene between the troubled actress and equally eccentric star Charlie Sheen.

The new video is a spoof of "Paranormal Activity," with Sheen filming his bedroom so he can make a sex tape with Lohan. After a joke involving her alcohol monitor bracelet, things go bump in the night ... leading to this: 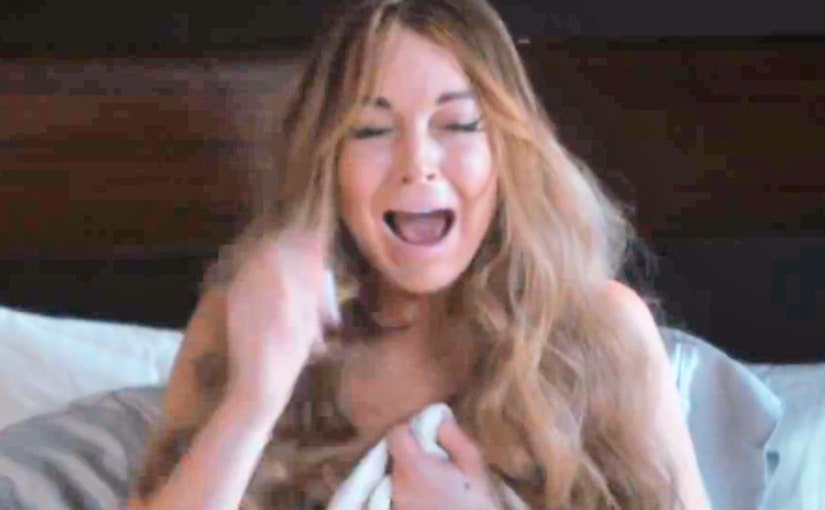 But for Lindsay, the scariest thing in the clip isn't the demon that sends Sheen flying off the bed ... but a news report on the TV saying her latest plea deal didn't go through as planned.

Check out the clip above. Will you be seeing "Scary Movie V" when it opens April 12 in theaters?