Reason 1:
We first fell in love with Rudd when he played Josh in the 1995 flick "Clueless." He had a Mid-Western charm that totally won our hearts and actually made us think for just a second that it's cool to crush on your stepbrother. (Check out the "Clueless" cast then & now in the gallery above!)

Reason 2:
Ten years after his breakout role, Rudd starred in another huge blockbuster: "The 40 Year Old Virgin." His character David made the audience realize how funny he really is. Watch him in action (warning, explicit language below):

Reason 3:
Another big role for the actor -- Pete in "Knocked Up," (later starring in the "sort of sequel" "This is 40") where he played a frustrated dad, but still managed to come off funny and responsible at the same time.

Reason 4:
He is a nice guy in real life! Paul organizes a celebrity poker tournament in Kansas City every year to benefit the Children's Mercy Hospital. 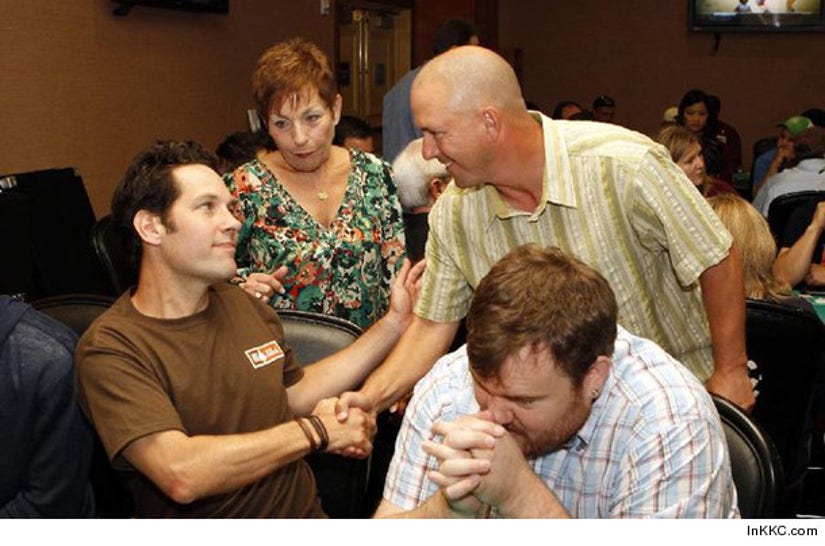 Reason 5:
Paul is adorable!! He was recently interviewed on "The Daily Show with Jon Stewart," promoting his new movie "Admission." With his quick wit and his new mustache (grown out for his upcoming role in "Anchorman 2"), he made the audience crack up -- including Jon Stewart. Check out the interview below.