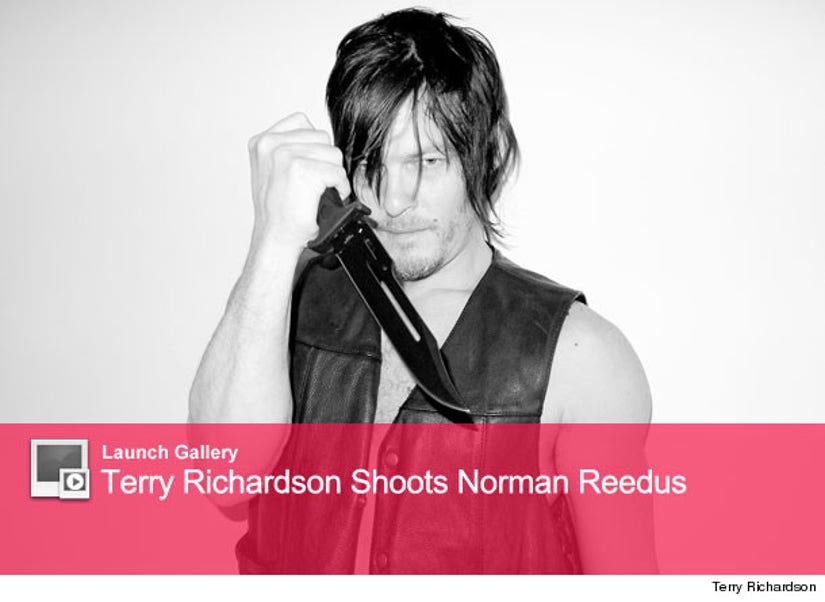 It's been a week since the “Walking Dead” finale aired, and we're already feeling withdrawal.

But thanks to celebrity photographer Terry Richardson, we have a whole gallery of Norman Reedus aka Daryl Dixon.

Norman brought along his character's trademark crossbow and leather vest for the shoot, but shed it to show off his many tattoos, including one that reads "Norman" (his father's name) and another that reads "Mingus" (his son with supermodel Helena Christensen).

If Norman looks comfortable in front of the camera, it's because he was a fashion model, most famously for Prada. He also starred in Lady Gaga's "Judas" music video.

But our favorite role is as Daryl, the redneck rebel who's become the heart of the group. Click on the "Launch Gallery" above to see all the photos, and check out more of Terry's photography here (warning, some images NSFW).