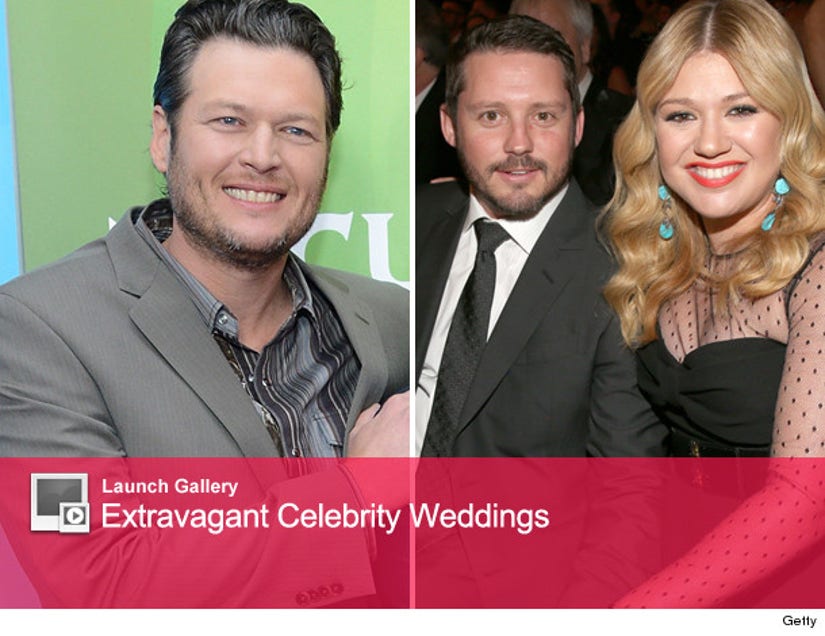 What are friends for? To marry you, of course!

Kelly Clarkson has recruited her long-time pal Blake Shelton to not only sing at her upcoming wedding to fiance Brandon Blackstock, but he's going to conduct it as well!

At Sunday's ACM Awards, Clarkson spilled the news to Entertainment Tonight that the country crooner will be performing the ceremony ... but she kept quiet on any other big day details.

"The Voice" judge did play a huge role in getting Clarkson's beau to pop the question -- last December Blake told Hollyscoop, "I told Brandon, man, you need to grow up and figure out that you need to marry this girl," he said. Adding, "I am going on the record saying, I will do the music at the wedding or whatever you want to do, I'll be that guy. I will play for four hours if I have to, cause you need to get your head out of your ass and ask that girl to marry you."

Blackstock proposed to Kelly last December with a giant yellow canary diamond -- we couldn't be happier for the "Stronger" singer!

And how adorable is Blake? Just one more reason why we absolutely love Mr. Shelton! Click "Launch Gallery" above to see more stars who've had extravagant weddings!