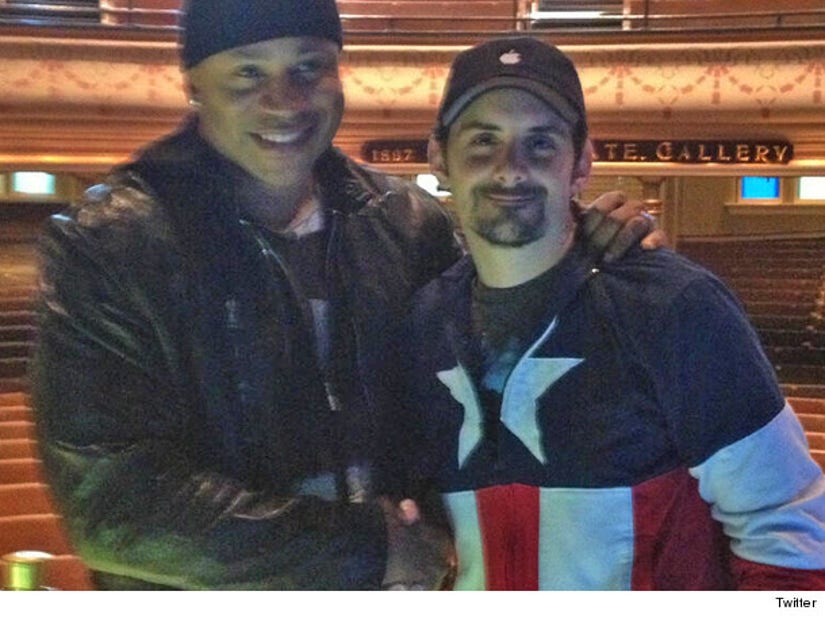 When LL Cool J said his new single with Brad Paisley would "get a lot of attention," he probably didn't mean it like this.

The song "Accidental Racist" landed online this morning and it's been the source of controversy and ridicule all day long.

In the tune, Paisley tries to say he's proud to be a Southerner, but isn't proud of their past. LL responds with his side, via an awkward rap, telling "Mr. White Man" not to judge him by his appearance.

Hear the song below:

With lyrics like "If you don't judge my do-rag, I won't judge your red flag," it was bound to raise a few eyebrows ... but the reaction today has been crazy.

Here are a few of our favorite tweets:

@GingerAtLaw
Step one: Go to YouTube and look up the song "Accidental Racist" by Brad Paisley/LL Cool J.
Step two: Give up on the human race

@LaurenONeal
I just want to give a big shoutout to Brad Paisley and LL Cool J for erasing all the hard work done by MLK with a single song.

@TheKHO13
I'm not saying this song is racist, I'm just saying its the worst piece of music Brad P. has ever made.

And then there was Questlove, who tweeted what everyone was thinking when they heard it: "Just heard the "Accidental Racist" man that Weird Al is amazing."

But no, this song is no joke. It's on Brad's new album and the singer insists "This isn't a stunt."

In an interview with Entertainment Weekly, Paisley defends the tune -- saying "This isn't something that I just came up with just to be sort of shocking or anything like that. I knew it would be, but I'm sort of doing it in spite of that, really."

"This is a very sensitive subject, and we're trying to have the discussion in a way that it can help,” he adds.

But we want to know what you think. Is it in bad taste ... or just bad? Or if you like it, tell us why below!