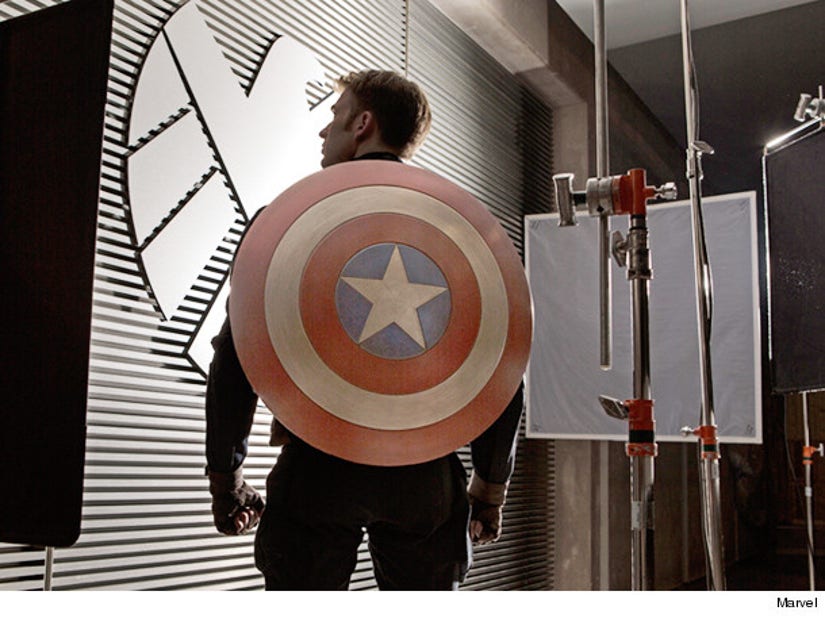 Chris Evans won't be the only star of "The Avengers" in the upcoming Captain America sequel, "Captain America: The Winter Soldier."

The movie, which isn't due out until April 2014, started filming today in Los Angeles, CA. That's the first official shot of Evans from the set above.

While it was previously reported that Scarlett Johansson's Black Widow would be filming a cameo for the movie, it now sounds like she'll have a much larger role in the flick.

"'Captain America: The Winter Soldier' will pick-up where 'Marvel's The Avengers' left off," Marvel says in a new press release. "Steve Rogers struggles to embrace his role in the modern world and teams up with Natasha Romanoff, aka Black Widow, to battle a powerful yet shadowy enemy in present-day Washington, D.C."

Are you excited ScarJo has joined the cast in a bigger capacity -- and do you think she'll be a romantic interest for Steve Rogers? Sound off below!