Carrie Underwood should have won Female Vocalist of the Year at last night's Academy of Country Music Awards show ... and winner Miranda Lambert will be the first to admit it!

Though many thought the former "American Idol" alum would take home the trophy, the award went to Blake Shelton's wife, who broke down in tears while accepting her statue.

"I for sure thought Carrie had it this year, and she damn well deserves it," an emotional Lambert graciously said as she opened her acceptance speech.

Then came the waterworks.

"Last night, a huge dream of mine came true," she said while choking back tears. "I went from being a little girl singing in a hairbrush to watching Shania Twain with Faith Hill and Reba McEntire and Kelly Clarkson. I cried all night because I'll never not be a fan of those beautiful women."

Check out the emotional moment above -- and see more photos from the red carpet below. 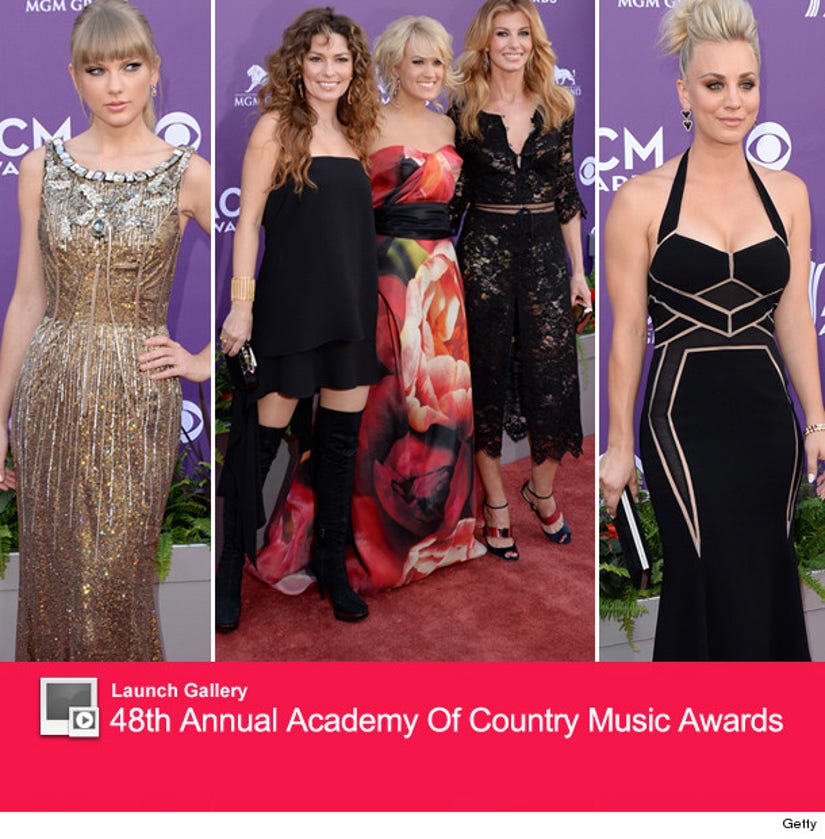