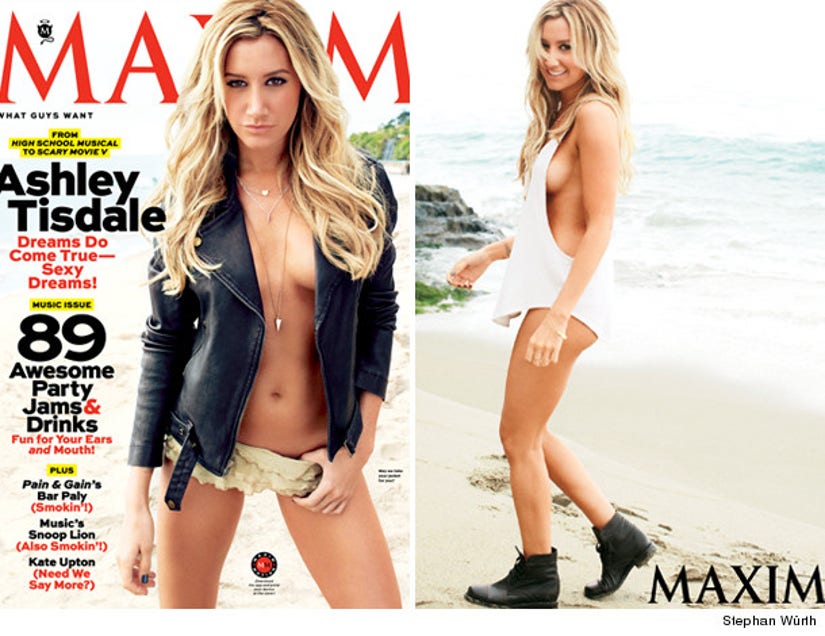 That's our reaction to the former Disney star's steamy spread for the new issue of Maxim magazine, on newsstands now.

But showing off has gotten Tis in trouble in the past.

"Once I Instagrammed a picture of me waking up, and the next day this older gentleman came to my parents' house saying he wasn't going to leave till he saw me," she tells the magazine. "I was like, maybe I shouldn't have taken a picture of me in bed?"

Ashley also opens up, briefly, about fellow Disney alum Lindsay Lohan's work on the flick (See a clip of LiLo in action here).

﻿"I think Lindsay's great," she says. "There were so many cameos, and that's what I love about these movies."

Ashley's definitely come a long way from playing Sharpay Evans in the "HSM" movies -- see how the rest of the cast members have transformed since the first movie below: