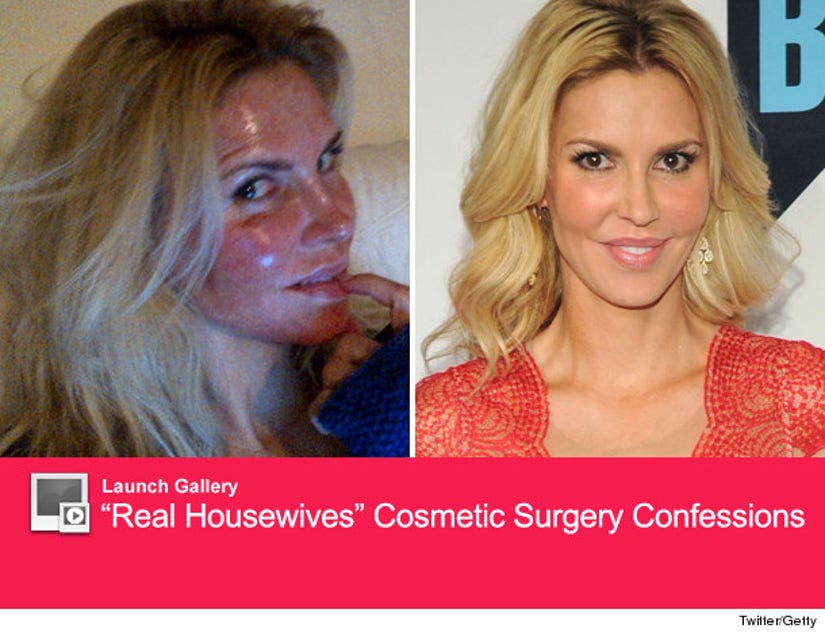 But she tells us it's something she had done voluntarily.

Last week, the single mom revealed she suffers from melasma, which is a discoloration of the skin -- and, in a tweet to toofab today, the reality star says she underwent laser treatment for the problem.

"Doctor said he could get rid of my melasma," she said when asked about the treatment. "It was to [sic] hard for my skin. Still healing, its been depressing #skinobsessed."

Brandi is no stranger to the doctor's office. She's admitted to getting Botox and fillers in the past -- and has been open about her breast implants and vaginal rejuvenation.

Check out the gallery above to see more "Housewives" who have altered their looks.

And Brandi, hope you heal soon!