Comedians Ken Marino, Michael Ian Black, June Daphne Raphael and Natasha Leggero are back in the hilarious online series "Burning Love: Burning Down the House" -- and we've got the exclusive first look at the third season's new poster. 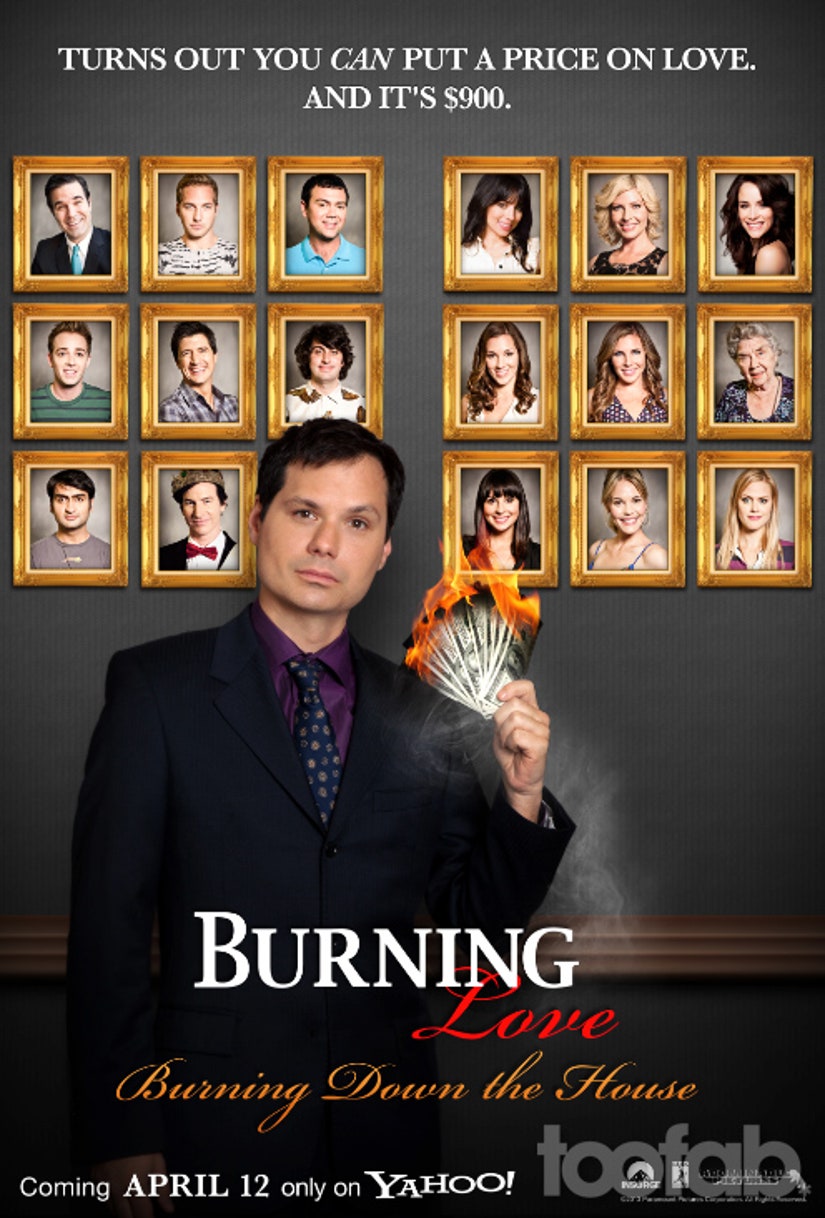 The show is tweaking their formula this time around, taking on ABC's recently-canceled "Bachelor Pad" instead of "The Bachelor."

And they'll do some crazy stuff for that money, which the show promising "hookups, backstabbing, romance, candles, champagne, outfits and more."

Leslie Bibb (of "Popular" fame) and Abigail Spencer ("Mad Men") will be featured on the show as well, which debuts on Yahoo! on April 12.

Check out the trailer below: