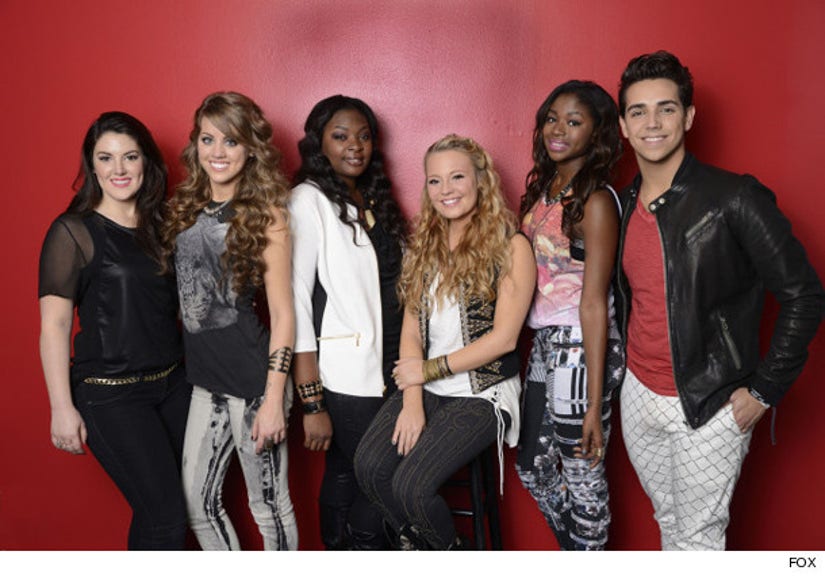 Last week, I (and the rest of America) was stunned to learn that "American Idol" finalist Lazaro Arbos was in the Top 3.

This week, the sole remaining male contestant delivered a performance so bad that if he stays, the show has lost any shred of credibility it had remaining.

Wednesday's theme was songs from the Burt Bacharach/Hal David songbook and songs the contestants had wished they had written.

Lazaro picked "Close to You" -- a song made famous by The Carpenters. Lazaro's performance was so flat both energy- and pitch-wise, and he completely botched the key change. Of Laz's many bad performances, judge Randy Jackson called it "the worst," exclaiming "no no no no!" Even Mariah Carey, who's normally gentle with her critiques, said, "There can't be a key change and you stay in the old key." Watch it below, if you can bear:

Fortunately, Candice Glover delivered a performance that was one of the best of this season, if not the show's entire 12 year run.

The standout singer chose The Cure's "Lovesong." It was a departure from the original arrangement (inspired by Adele), and the songs she normally sing. She knocked it out of the park though, getting a standing ovation from the judges, followed and a bow down from Keith Urban and a bling anointing from Mariah Carey (ignore the demonic-sounding audio glitch at 1:10, which wasn't edited out):

So there you have it, one of the worst performances in "Idol" history, and one of the best.

If Lazaro survives, the judges will surely save the lowest vote-getting female contestant.