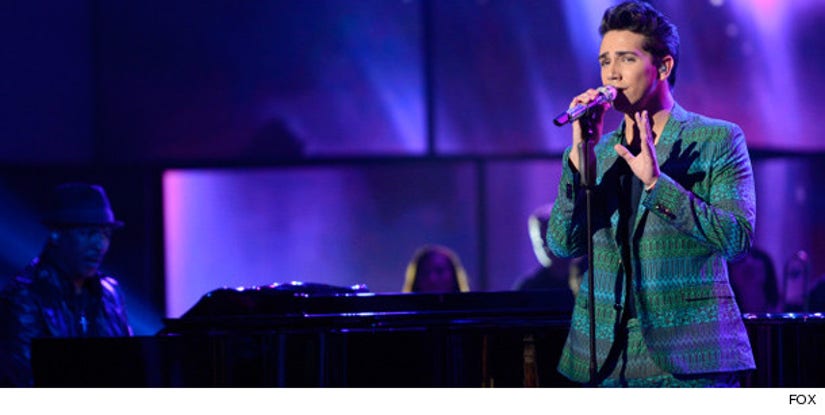 All is right in the world again -- Lazaro Arbos was finally eliminated from "American Idol."

Am I being harsh? Perhaps. But given that the sole remaining male contestant was in the Top 3 last week despite mediocre performances, having him stay after his "worst performance" (Randy Jackson's words, not mine) would be a total travesty.

Even Laz himself seemed resigned to his fate. The singer, who suffers from a severe stutter, seemed to laugh off mentor Jimmy Iovine's assessment of Wednesday night's performances.

"If I had to chart Lazaro this week, I'd put him 10th," Jimmy harshly opined. "There's only six people left," a voice camera said, to which Jimmy replied, "Yeah, I know." Ouch.

Laz's cover of "Close To You" was so awful even gentle judge Mariah couldn't sugarcoat her critique. I have to give Lazaro props for overcoming his speech impediment and weeks of negative feedback, but he never gave a great performance. Still, here's one good performance to remember him by:

One of these girls will be crowned "American Idol" in just over one month, becoming the show's first female winner since Jordin Sparks.