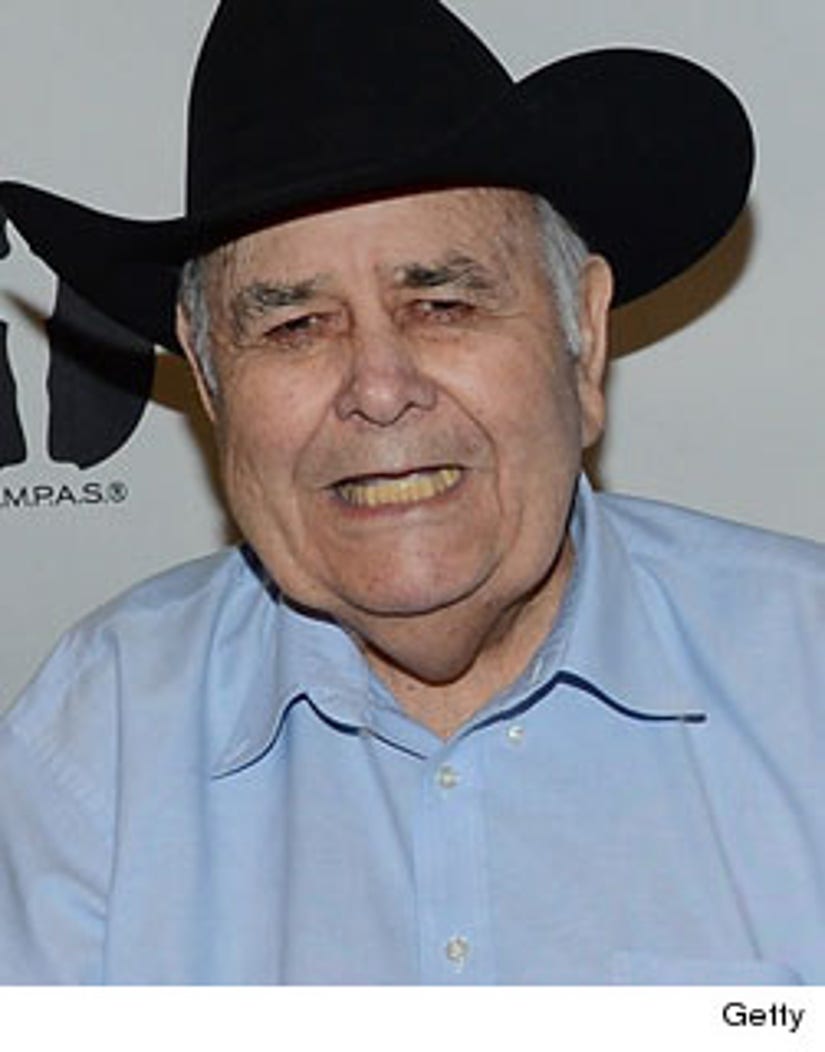 Winters' career started in radio, and he was one of the first big television stars. One of his most beloved characters was Maude Frickert, a seemingly sweet old lady with a sharp tongue. He also played Mork and Mindy's son Mearth in the final season of the eponymous show.

His humor and improv skills made him a popular guest on many shows, from "The Tonight Show Starring Johnny Carson," "The Dean Martin Show," "Hee Haw," and "The Hollywood Squares."

Winters' also voiced Papa Smurf in "The Smurfs" cartoon, and reprised the role in the recent movies.

Dick Van Dyke ‏@iammrvandy
The first time I saw Jonathan Winters perform, I thought I might as well quit the business. Because, I could never be as brilliant.

Dick Van Dyke ‏@iammrvandy
Most comedians can point to someone who influenced them. Jonathan Winters was a complete original!!

John Stamos ‏@JohnStamos
One of my all time fav's RIP Mr. Winters RT @KenHada Before Robin Williams, there was Jonathan Winters

Patton Oswalt ‏@pattonoswalt
No him, no me. No MOST of us, comedy-wise, come to think of it. #RIP Jonathan Winters

Chris Hardwick ‏@nerdist
RIP Jonathan Winters. Sad day for comedy fans. We were lucky to have had him at all.

Adam Shankman ‏@adammshankman
RIP 1 of the great funny man legends of all time #jonathanwinters. I will always cherish how u made me laugh on set & off. We will miss u!

Brent Spiner ‏@BrentSpiner
RIP Jonathan Winters. One of the real greats. Met him a few years ago. I said, "Hello", he did twenty minutes. A great twenty minutes.