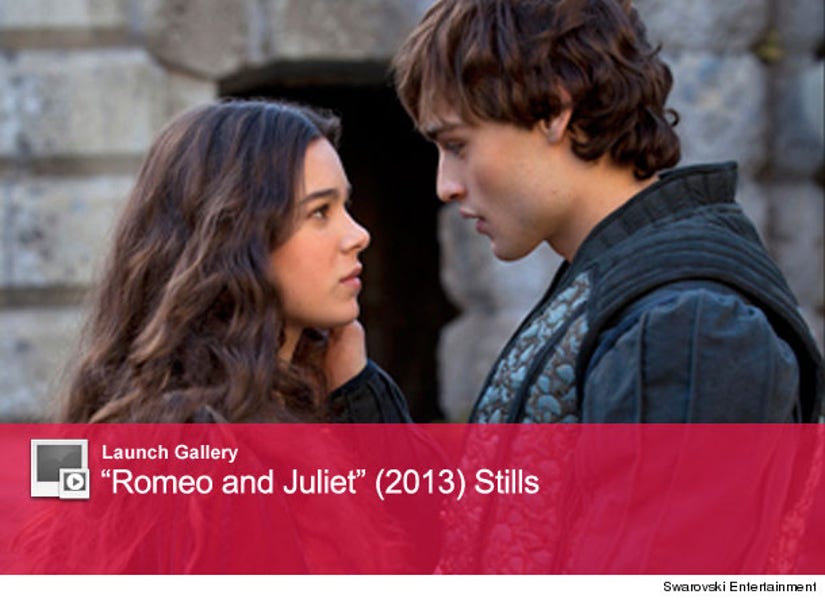 "Romeo + Juliet" made Claire Danes and Leonardo DiCaprio into superstars.

One is already an Oscar nominee: 16-year-old Hailee Steinfeld, who plays Juliet. Her Romeo? 20-year-old British actor/model Douglas Booth, who looks like a cross between Johnny Depp and Robert Pattinson.

Given Steinfeld's age, director Carlo Carlei had to make changes. "As soon as Hailee Steinfeld was cast, all nudity and lovemaking have been excised from the script," he told Entertainment Weekly. "It will be romantic and age-appropriate for a 14-year-old."

Judging by the trailer, there will still be some eyebrow-raising love scenes. Check it out below.

Right now, the film is only being distributed overseas. Are you psyched about this adaptation?