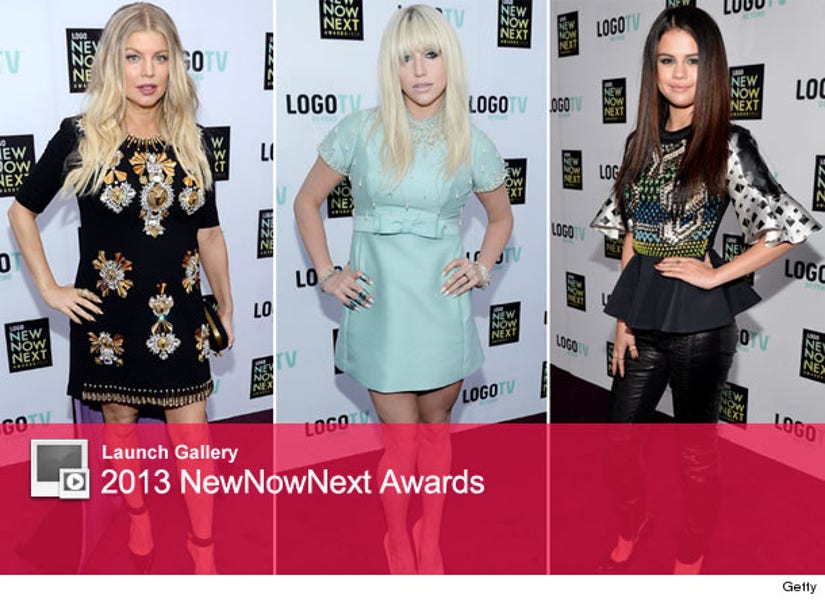 The NewNowNext Awards were held over the weekend.

The awards, presented by LOGO, celebrate both LGBT-centered and general pop culture achievements. The red carpet is definitely more raucous and risque than other events.

Meanwhile, a pregnant Fergie hid her baby bump with a simple black dress with train.

There were many wilder looks, courtesy of the drag queens of "RuPaul's Drag Race," and Tamar Braxton (who looked like she could be a contestant on the show). And wait til you see what Perez Hilton was wearing, or in this case, wasn't wearing.

Click on the "Launch Gallery" above to see all the photo and catch the broadcast on Monday night!