Carey Mulligan channels Daisy Buchanan for the May issue of Vogue!

Baz Luhrmann's "The Great Gatsby" is almost here -- and Carey is spilling secrets about the 3D revival of the literary classic!

Mulligan was completely shocked and even broke out in tears when Luhrmann called and said, "Hello Diasy," confirming she'd landed the part she never expected to get. 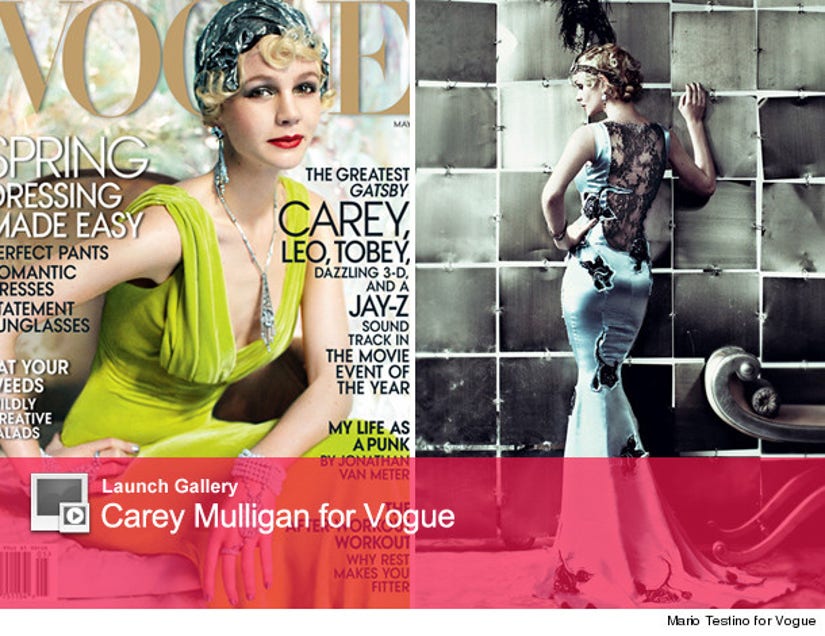 “I was trying to be cool, but oh, it was horrible. It was terrifying, the suspense. I was winding down on shooting Drive, so I wasn't working that much, just waiting around for the phone to ring and for me to be disappointed.”

Baz is famous for over the top productions ("Romeo + Juliet" and "Moulin Rouge"), and the director's "Gatsby" isn't any different. The 27-year-old says working on the film was one of the craziest gigs she's ever taken!

“It was crazy and exhausting and quite overwhelming… the biggest, craziest production I've ever been involved in.”

Are you excited to see "The Great Gatsby" in theaters? Sound off below and click "Launch Gallery" above to see more photo's from Mulligan's shoot!

For Carey's full interview with the mag pick up the May issue of Vogue on stands April 23, and make sure to check out "The Great Gatsby" when it hits theaters May 10, 2013!