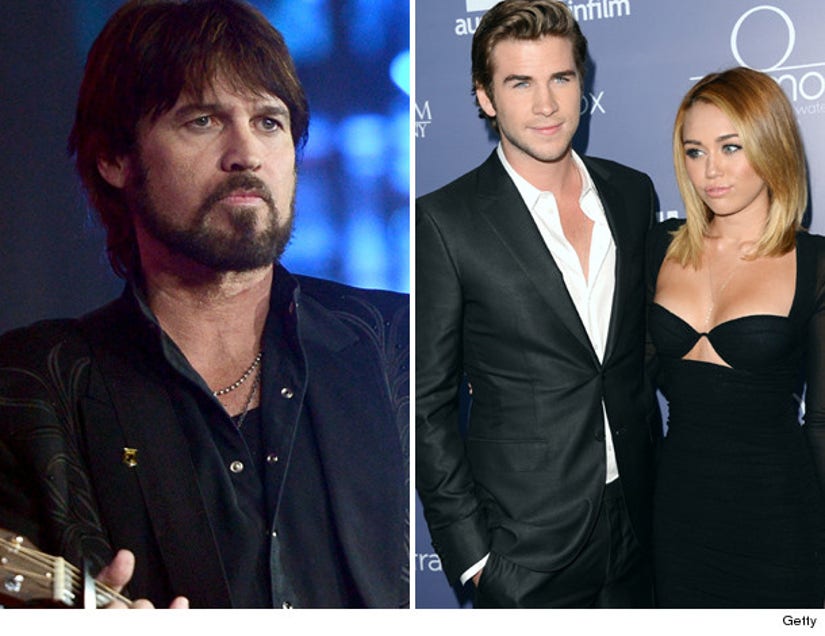 The "Achy Breaky Heart" singer is promoting his new memoir "Hillbilly Heart" -- where he opened up about his daughter and Liam Hemsworth's reportedly rocky relationship.

The country singer was ambiguous about discussing his daughter's wedding plans -- or lack thereof -- with (fiance?) Liam.

"I know as I was writing the book I wanted to keep that particular moment as open-ended as possible," Billy told ABC News on Monday.

"I didn't know the answer. They're young. They're kids. The great news is, they're great friends. They're really, really good friends. If you end up getting married, that's your business too, you know?"

Miley, 20, and Liam, 23, fell in love on the set of "The Last Song" in 2009 and got engaged in 2012. The high-profile couple hit a rocky patch last month, with Liam even leaving the states to spend some time with his family in Australia.

So does Billy think he'll be giving his daughter away to the "Hunger Games" star anytime soon?

Do you think Miley and Liam will tie the knot soon? Sound off below!