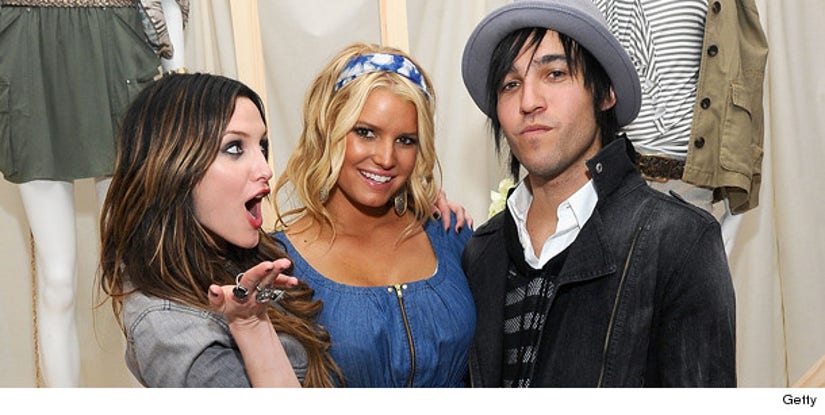 Pete Wentz appeared on "Watch What Happens Live" last night to promote his new Fall Out Boy album, but the discussion quickly turned to his famous former wife and in-laws.

Host Andy Cohen grilled Pete about his ex Ashlee Simpson, her sister Jessica Simpson, and even Papa Joe Simpson, who's been making headlines himself lately.

"We both realized we're parents and we're in it for our kid [son Bronx]. That's made it really easy," Pete said of Ashlee. "As a mom, she's an awesome mom. We get along really well now when it comes to our kid."

When a fan wrote in asking if Jessica was "ditzy" or a "secret genius," Pete answered the latter. "She's got a multi-billion dollar company. I think [she's] a secret genius."

As for his former father-in-law, Pete said he's "a really great grandfather to my son Bronx -- a really good guy."

Pete got also got really candid when asked about those infamous nude pics that circulated the internet a few years back. Check out his answer below:

Finally, Pete clarified Bronx wasn't named after the NYC borough. "The true story is that he was a big kicker -- bucking like a bronco. It became Bronx."