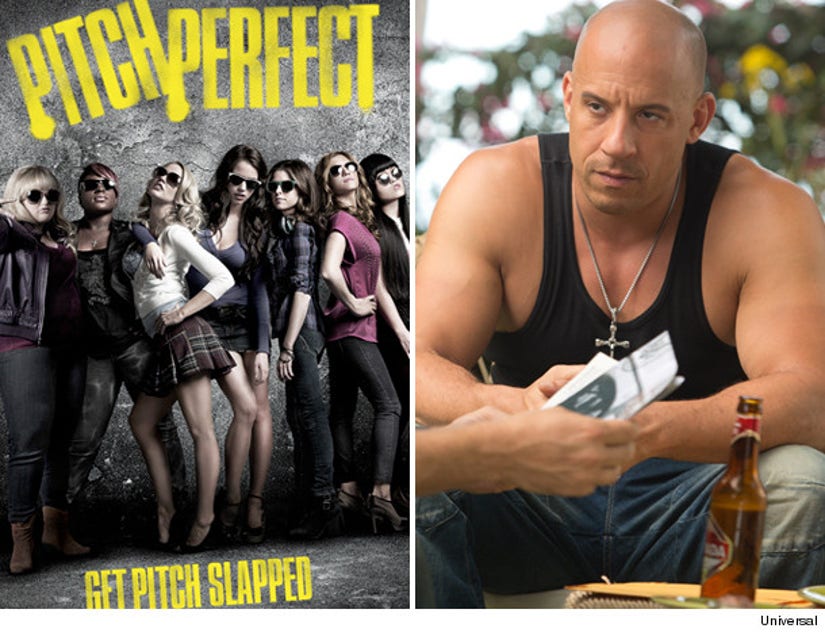 The endless sea of sequels shows no sign of stopping.

But today, two follow-ups were announced that we're actually excited about -- with sequels to "Pitch Perfect" and the never-ending "The Fast and the Furious" series coming soon!

The news was announced at CinemaCon in Las Vegas today, as movie studios gave theater owners a sneak peek at what they have planned through 2014.

Universal revealed they're hoping a sequel to the college glee club flick (which we LOVED) will hit theaters in 2015. No details about plot or casting has been revealed yet, but original writer Kay Connon will be back.

The studio also revealed the official release date for "Fast & Furious 7," which will now rev into theaters July 11, 2014.

The 2014 slate is already packed with sequels, with "Transformers 4," "X-Men: Days of Future Past," "Jurassic Park IV," "How to Train Your Dragon 2," "Dawn of the Planet of the Apes," "The Amazing Spider-Man 2," "Resident Evil 6" and the 3rd "Hunger Games" flick all scheduled for the same year.

In case you missed it, check out the cast of "Pitch Perfect" performing at the MTV Movie Awards on Sunday night below: