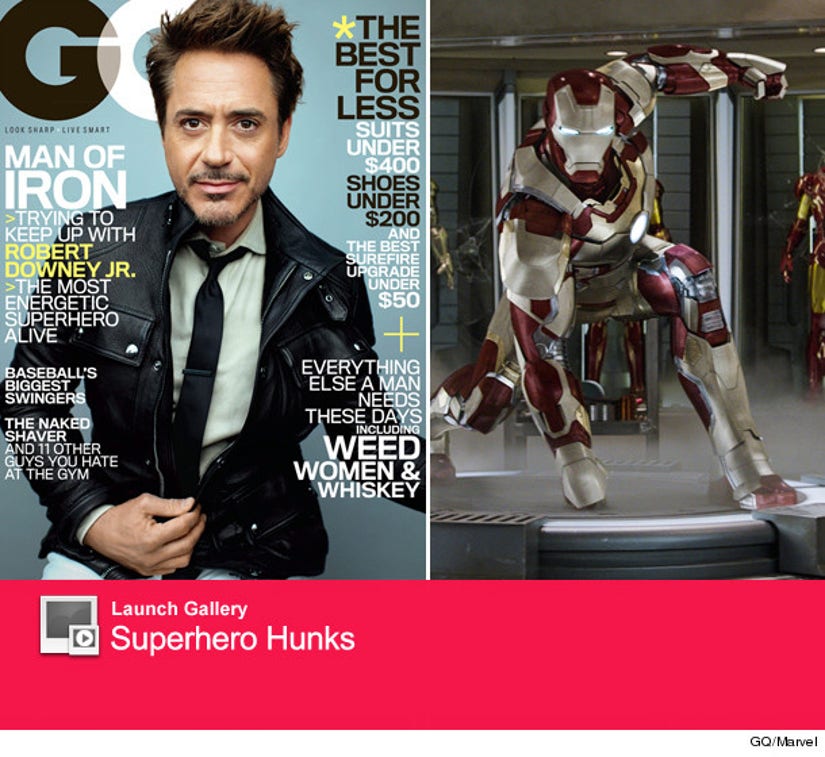 Playing Tony Stark has made Robert Downey Jr. a helluva lot of money -- but is he ready to hang up his Iron Man suit?

The "Iron Man 3" star confirms he made a ridiculous amount of cash from a lucrative backend deal that guaranteed him a cut of the "Avengers" profit. Around $50 million, to be precise.

"Yeah, isn't that crazy?" he says when asked by GQ if that insane number was a close estimate. "They're so pissed. I can't believe it. I'm what's known as 'a strategic cost.'"

After an injury during filming of the latest flick sidelined him though, Downey isn't as gung-ho about suiting up for future installments.

"It got me thinking about how big the message from your cosmic sponsor needs to be before you pick it up," he says. "How many genre movies can I do? How many follow-ups to a successful follow-up are actually fun?"

"I don't know," Robert continues. "Right now I don't have a contract to do anything, and I did for the last five years."

Do you think an "Avengers" sequel would be as successful as the first if Iron Man wasn't involved ... or if he were recast?

We'd love to hear what you have to say about this one -- sound off in the comments below!