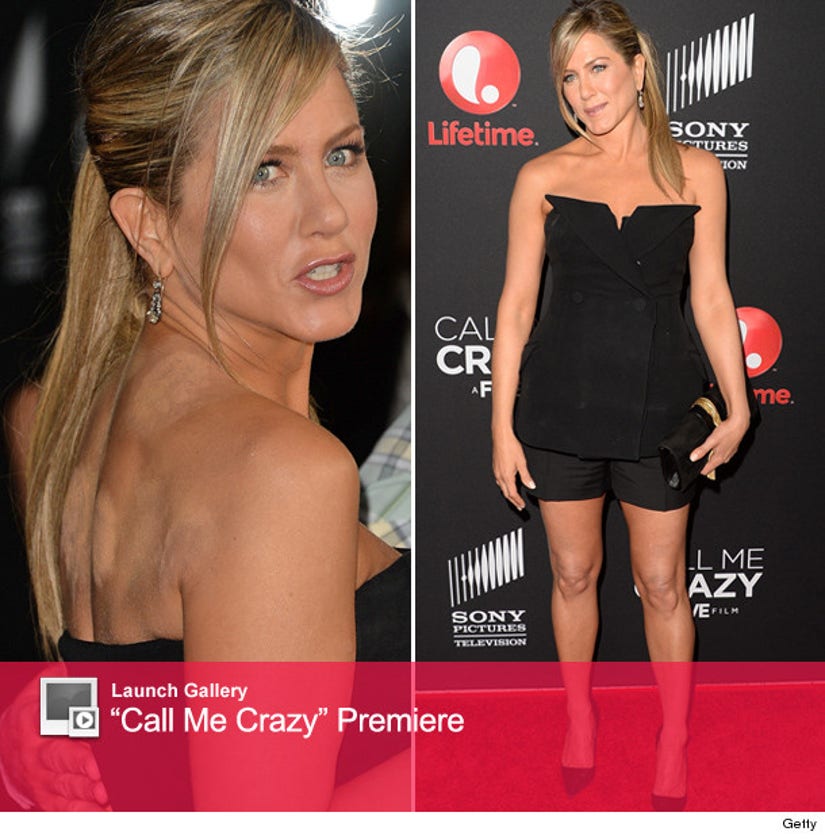 The former "Friends" star showed off some really bizarre markings on her upper back at the red carpet premiere of Lifetime's "Call Me Crazy" on Tuesday, which she attempted to cover with makeup.

The attempt failed though, leaving us wondering what the heck is going on there.

The unusual beauty practice involves placing cups on the skin to create suction. According to WebMB, cupping apparently "mobilizes blood flow to promote the healing of a broad range of medical ailments" including skin irritation and infertility. Let the speculation begin!

We know Aniston's good friend David Arquette is also a fan, so maybe he turned her onto the practice.

Weird marks aside, Jen also showed off some leg in a pair of black short shorts and button-up top.

Check out all the red carpet photos above!