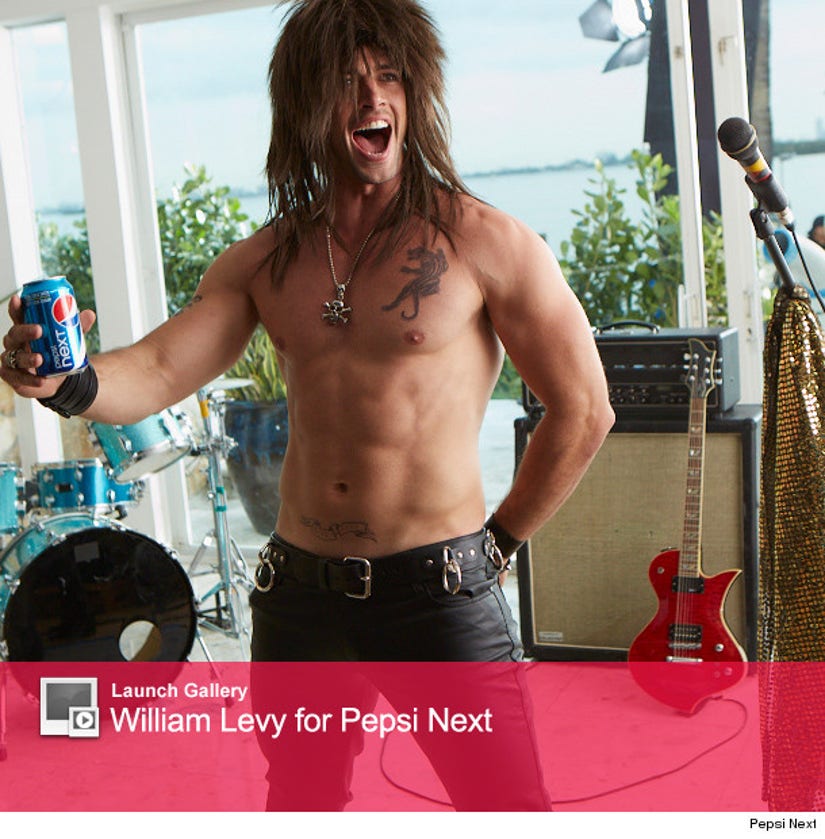 We'll never tire of seeing this man shirtless ... even if he is wearing a horrible wig.

Former "Dancing with the Stars" hottie/telenovela star William Levy loses his top in a new batch of behind-the-scenes photos from his upcoming Pepsi Next campaign.

The 32-year-old actor is seen posing in a number of costumes ranging from tatted up rocker and military man to doctor. And he wears them well.

Sure, those two tattoos above are fake ... but they look really good on him, don't they?