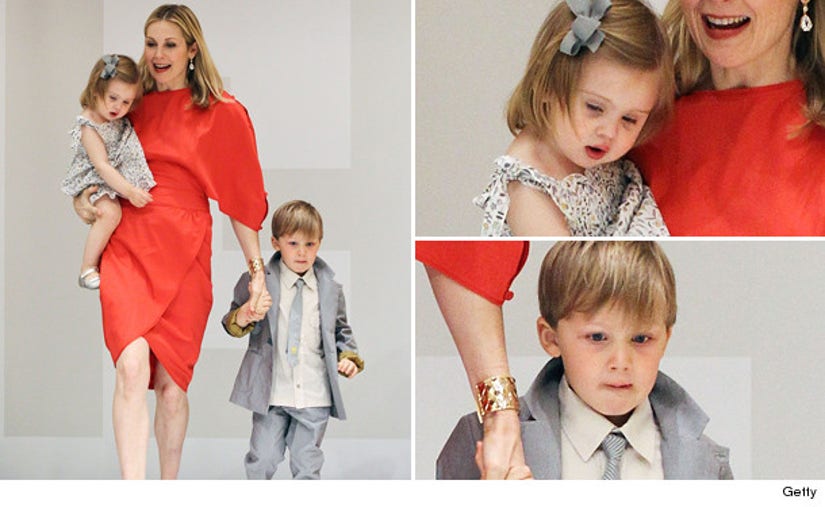 Kelly Rutherford was dealt a devastating blow when she learned her children would have to live with their father in France -- and now, her fans and famous friends are doing something about it.

But first, a little backstory.

The "Gossip Girl" star and her ex, Daniel Girsch, have joint custody of their two children, Hermes and Helena. Since Daniel can't return to the U.S. thanks to a revoked visa, a judge ruled the children would be sent to live with him in France.

The judge believes Kelly has a flexible schedule and can go back and forth to France to spend time with her kids. But she doesn't exactly see it that way.

And neither do her friends.

"As you can imagine, Kelly is constantly worried about the emotional and psychological toll this is taking on her children, who have done nothing to deserve this chaos," Fina writes. "To see her now, separated from Hermes and Helena, enduring the worst possible agony a mother can experience, pushes me to reach out for help."

So far, the petition has over 1,000 signatures -- with celeb supporters like Jill Zarin, Sean Avery, Estelle and Lisa Rinna all pledging their assistance.

We reached out to Kelly's rep for a statement about the petition, so far no word back.