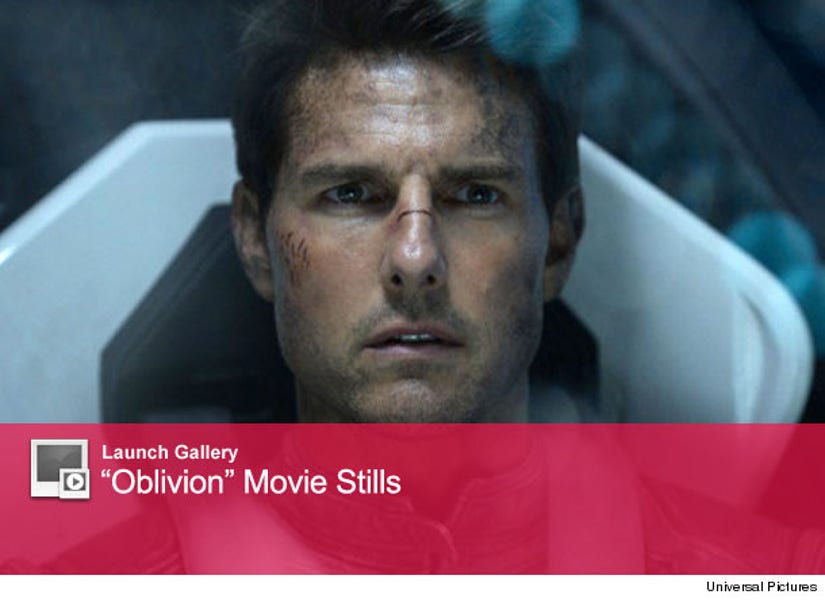 After the box office bomb that was "Rock of Ages" (which nearly lost over $20 million) and a well-publicized divorce, Tom Cruise's career seemed headed toward oblivion.

"Oblivion" is set in post-apocalyptic 2077. Alien Scavengers (Scavs) destroyed the moon during their invasion. Nuclear warfare and natural disasters have ravaged Earth. Most of humankind has resettled on Jupiter's moon Titan. Only a handful of humans remain on Earth, under the protection of the Tet, a orbital space station.

One of those remaining humans is Jack Harper (Tom Cruise), a sort of repairman. He's tasked with the mundane job of maintaining automated drones that protect hydrorigs, giant resource gatherers that will help mankind on Titan. His sole companion is his wife/communications officer Victoria (Andrea Riseborough), who resides in their home and serves as his eyes and ears on his mission. They're guided by Sally (Melissa Leo), who instructs them from the Tet. 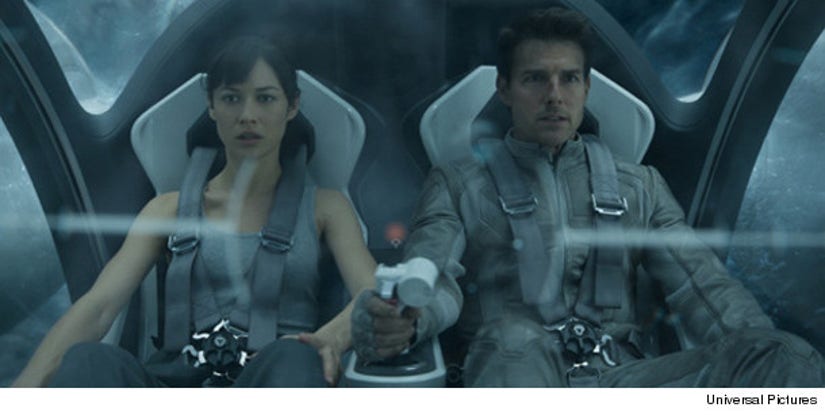 During one mission, Jack discovers another survivor named Julia (Olga Kurylenko), who he's seen in his dreams. Julia creates a rift between Jack and Victoria, and eventually upends his entire mission ... and life. To divulge any more of the plot would spoil the film, but it's a ride that will keep viewers strapped in.

Despite some uneven pacing, Tom -- who looks better than ever at age 50 -- keeps the action going. There are dogfights that evoke "Top Gun" and "Mission Impossible"-esque repelling scene. There are nods to other Cruise films too, a pair of aviator sunglasses got a laugh from the audience, and the drones buzz like the aliens from "War of the Worlds."

Special effects are solid yet realistic, and the whole film looks slick, thanks to director Joseph Kosinski ("Tron: Legacy"). Thankfully, it's not in 3D, as the flying scenes are pretty topsy turvy.

Despite a few holes in the plot (including a schmaltzy ending), "Oblivion" is still a solid sci-fi romp. It's Tom Cruise's best film in years.