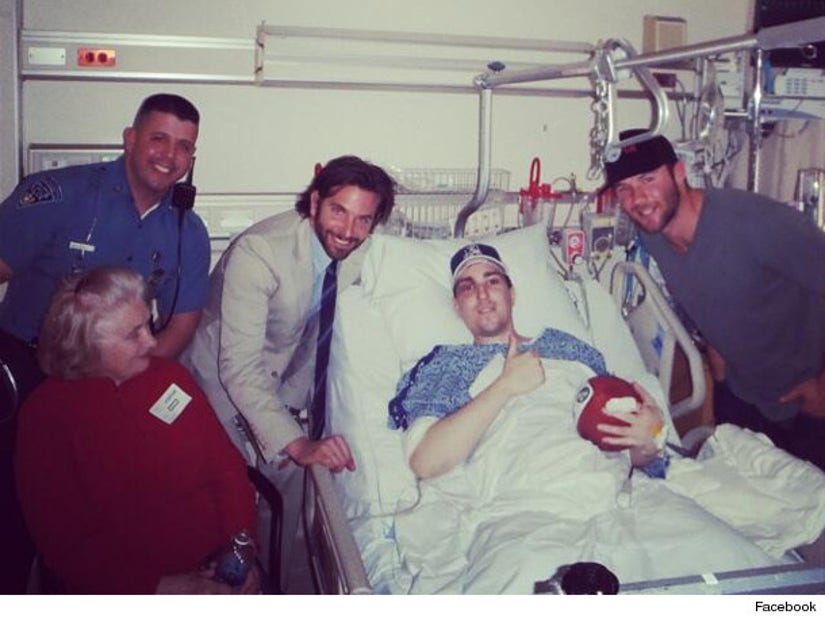 One of the victims seriously injured in the Boston Marathon bombings had a couple big name visitors on Thursday: Bradley Cooper and New England Patriots wide receiver Julian Edelman.

Edelman posted the photo above of the two inside Jeffrey Bauman Jr.'s hospital room at Boston Medical Center.

"Visited #survivor #stud #hero Jeffrey Bauman Jr. today. He was looking great and is a true inspiration. #strong," Edelman tweeted along with the photo.

Bauman Jr., who lost both legs in the explosions, is seen giving a thumbs-up as he holds onto a football.

Syndey Corcoran of Lowell also received a visit from the actor. It definitely looks like Bradley brightened her day: 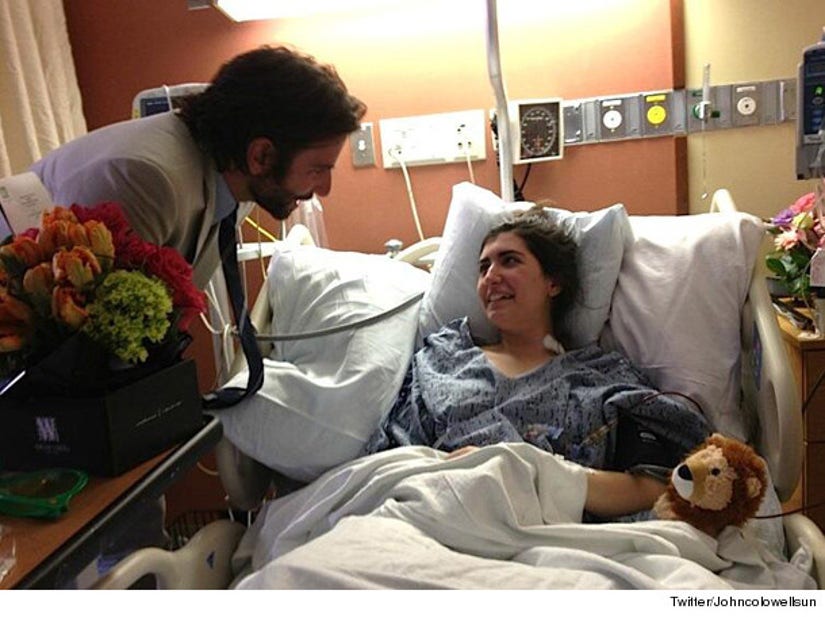 Cooper was in town filming David O. Russell's "American Hustle" with Jennifer Lawrence and Christian Bale -- and was seen attending an interfaith service for the victims earlier in the day at the Cathedral of the Holy Cross.

Bale is rumored to have visited the hospital as well, just as he did in Aurora after the "Dark Knight Rises" shooting.