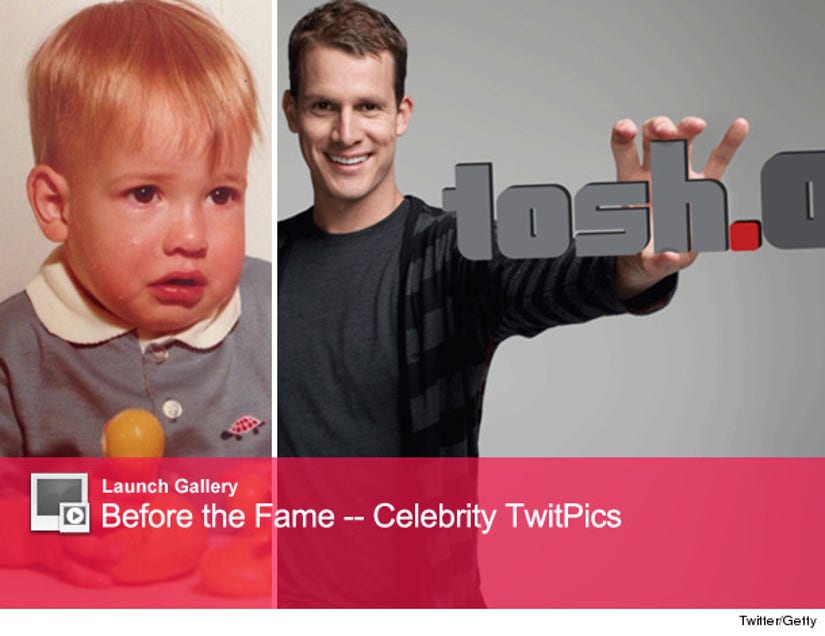 How cute is Daniel Tosh?!

Who knew the hilarious (and slightly vulgar) comedian was such an adorable, innocent-looking kid?

Tosh tweeted, "i [sic] was never the class clown, a bully, a jock, or in a frat. just [sic] a kid who hated having his picture taken."

Daniel does seem pretty upset in the photo ... but just look at those dewey-eyes and pouty lips -- if he wasn't a comedian, the guy could've definitely done some modeling (if only he liked having his picture taken)!

Thanks Tosh for sharing this gem with us. Click "Launch Gallery" above to see even more stars before fame!