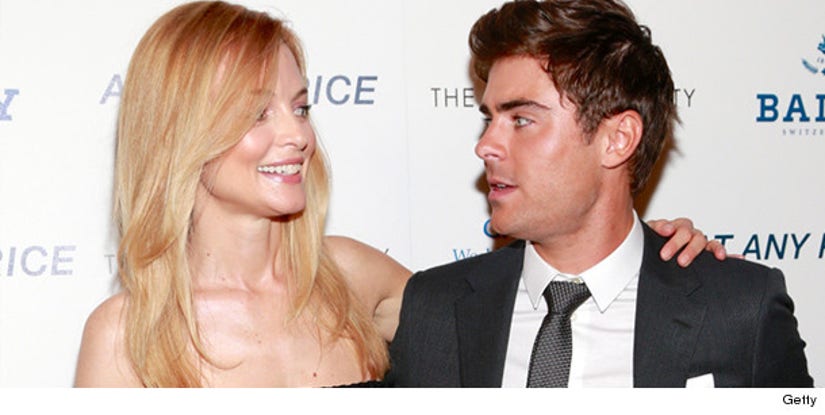 The New York Post reports that the 25-year-old was extremely nervous about filming the sex scene with his childhood crush for their latest flick, "At Any Price."

“I've been a fan of Heather's and had a crush on her since I can remember,” Zac said at a Cinema Society and Bally-sponsored screening.

“She's always been the epitome of that perfect girl. I wanted to get it right," he added.

Efron wasn't the only person on the film who had sex scene jitters, director Ramin Bahrani was also on edge because he'd never directed a sex scene before ... leaving Heather the "sexspert" on set.

“Zac and [director Ramin Bahrani] were like, 'We've never done a sex scene before . . . We're kind of nervous.' I thought it was so funny. I was suddenly this expert," Heather said.

Well, she was in "Boogie Nights" ... that'd make her an expert in our book!

This isn't the first time the "High School Musical" star has bedded an older actress, Zac shared plenty of intimate scenes with Nicole Kidman in the "Paperboy."

Here's a clip of a shirtless Zac dancing in his briefs with Kidman in the rain. Enjoy!