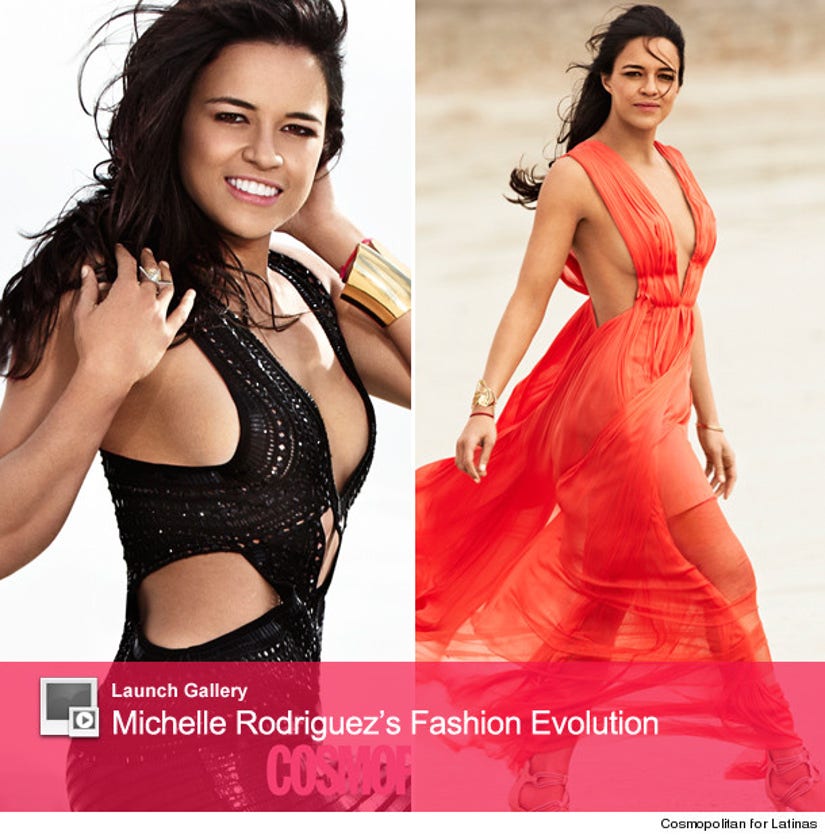 Wow, has Michelle Rodriguez ever looked this good?

While the 34-year-old actress has always been sexy in a badass kinda way, she goes glam in the Summer 2013 issue of Cosmopolitan for Latinas -- showing off her trim figure and some serious cleavage in a number of designer dresses.

"I can make anything sexy," M-Rod says of her personal style. "I'll wear a leather jacket and nothing underneath!"

And, at one point, she probably has. She's known for her leather jacket and jeans wardrobe, which has definitely seen a minor transformation of late.

Check out the gallery above to see how she's gone from cool chick to downright chic through the years.

More fun Michelle quotables from the interview include:

On her type of guy:
"I'm attracted to manly men. I can't do metrosexuals who get their nails done more than me. Which is why, living in LA for eight years, you can't blame me or not having a partner!"

On her partying past, which included a DUI arrest:
"I had some bad moments. I partied hard. The world knew it. I feel like my growth is a progression. I go forward, and I've had times when I go back. Just last year I had a time where I had a bad stretch. I rebel against everything, including myself."

See more when the Summer 2013 issue of Cosmopolitan for Latinas hits newsstands April 30. 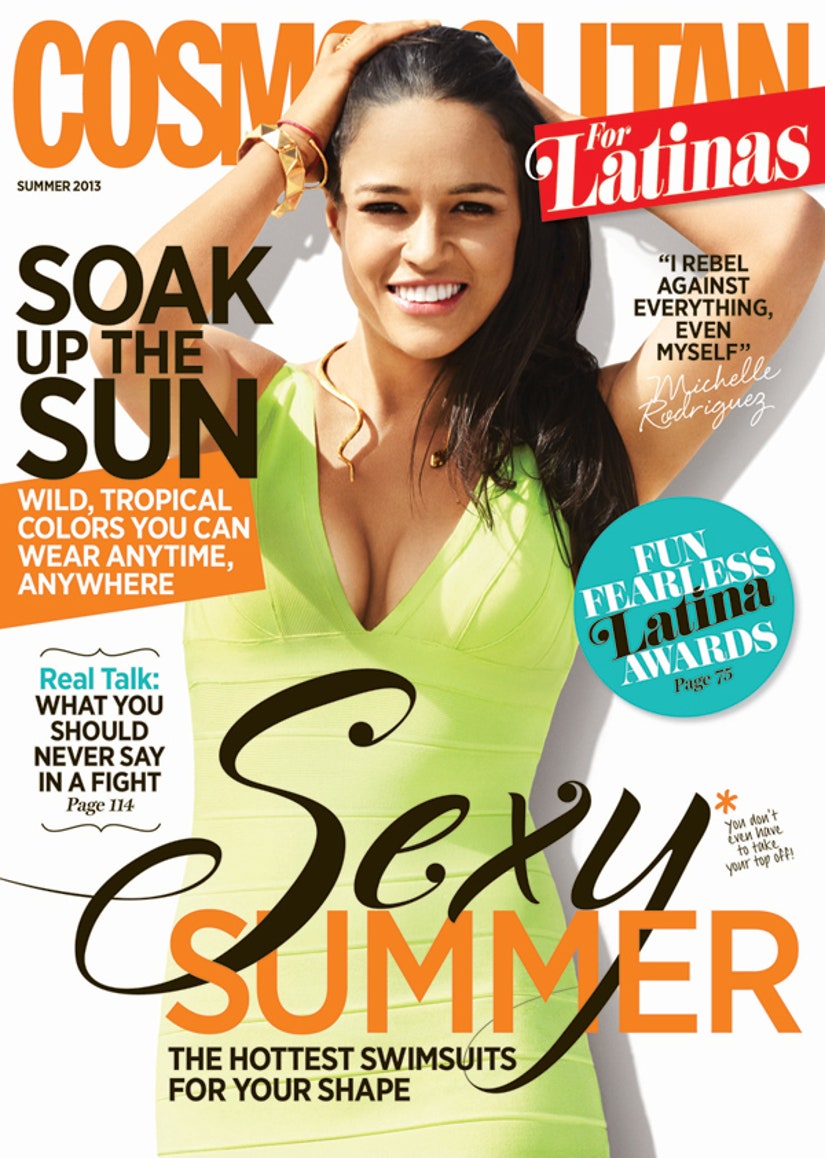