So what caused the thespian to break character and crack up?

In this new outtake from the "Star Trek: The Next Generation" Season 3 Blu-Ray, in stores April 30, Captain Picard (Patrick Stewart) orders Lt. Worf (Michael Dorn) to go from the bridge to deck 9. Worf heads towards the turbolift (elevator) doors, but a miscue by the props department causes a hilarious -- and painful -- blooper.

Watch it below, as well as Dorn flubbing multiple lines. They're particularly hilarious since he's a deep-voiced and physically imposing actor, but has a great sense of humor.

Apparently, turbolift miscues were a regular occurrence among the "Star Trek" franchise.

William Shatner and Majel Barrett (the widow of "Trek" creator Gene Roddenberry) both got caught in the closing doors while filming "Star Trek: The Motion Picture" (1979).

Even in the 2009 "Star Trek" remake, Chris Pine got a face full of door during this botched scene.

As an added bonus, check out what the cast of "Star Trek: The Next Generation" look like now, 25+ years after the show debuted! 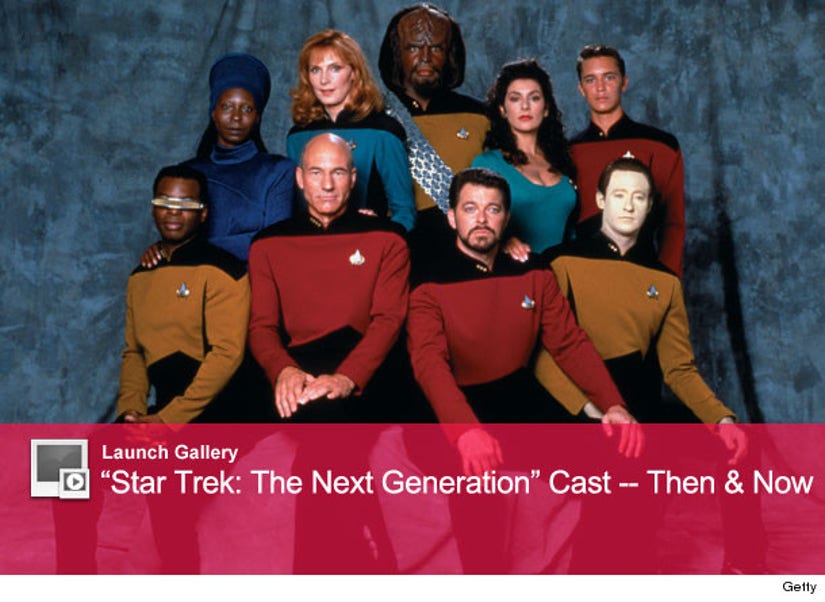