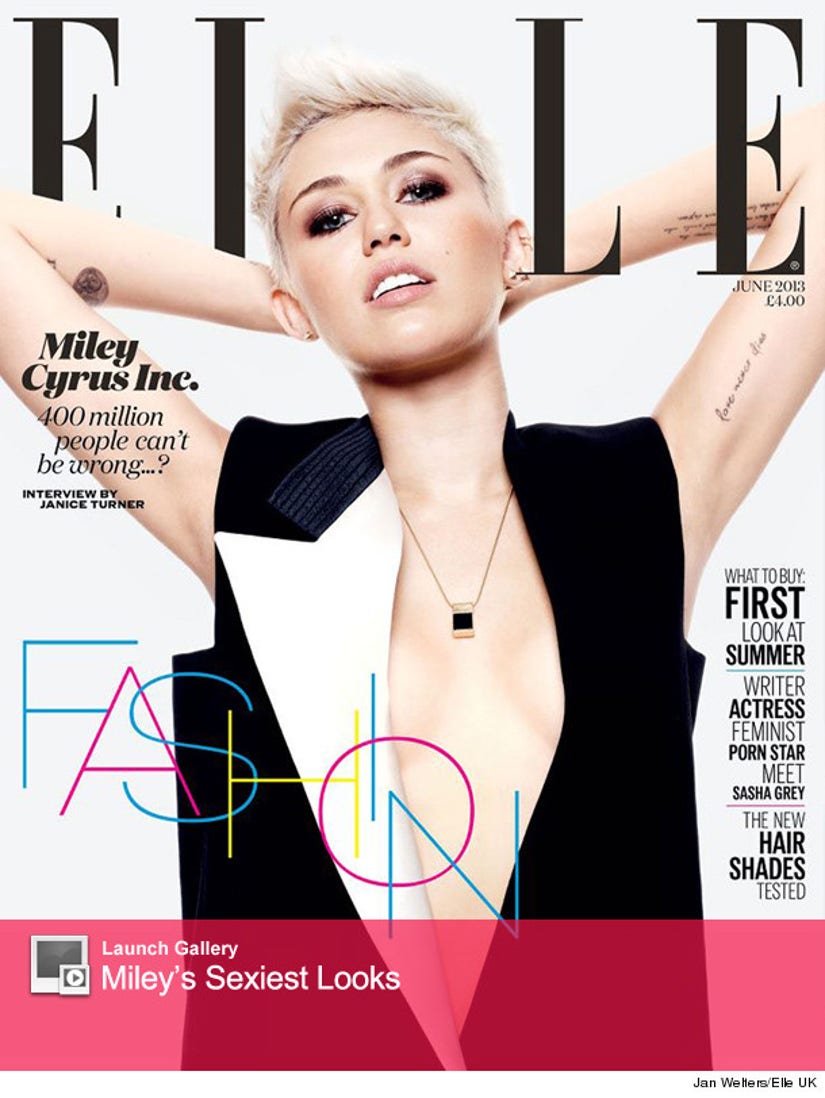 The 20-year-old singer covers her second magazine in a row without wearing a bra -- this time baring some cleavage in another revealing suit jacket on the cover of Elle UK (wearing Emerson Ryder designed by Alana Sands earrings).

The photo comes three months after her similarly-risque Cosmopolitan cover was unveiled, which showed her pushing her breasts together while wearing a white blazer.

So far, Elle UK hasn't released any additional photos quotes from the upcoming June issue, which hits newsstands on May 1.

For now, check out some more of Miley's most revealing looks in the gallery above.