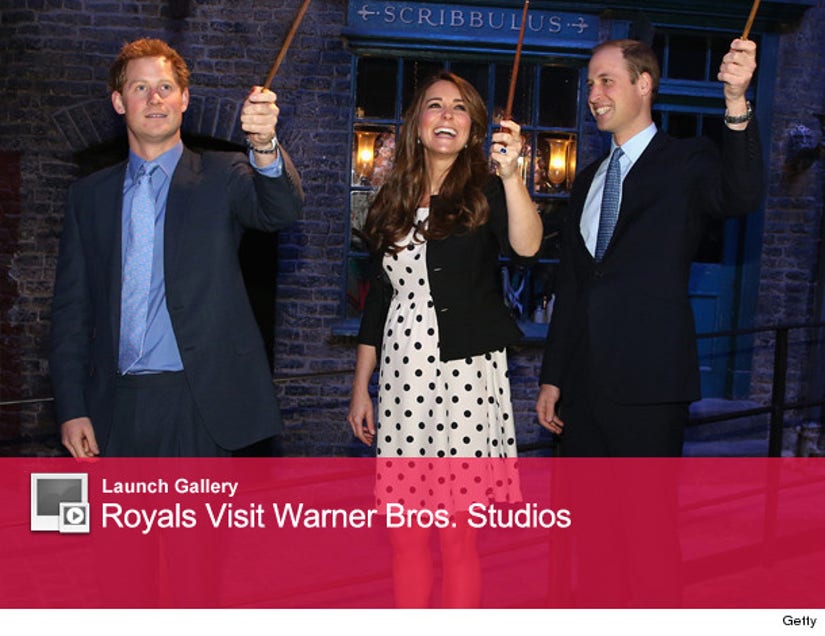 The Royals went to Hogwarts.

Prince William, a pregnant Kate Middleton and Prince Harry all visited Warner Bros. Studios Leavesden today in London, England -- where they got up close and personal with some props and costumes from the "Harry Potter" and "Dark Knight" movies..

The three were all given their own wands -- and looked pretty adorable waving them around to pose for photos. Harry is totally the Ron here, isn't he?

Prince William was even lucky enough to mount the Bat-Pod and get inside one of the Tumblers from the Batman flicks.

The Duke of Cambridge definitely geeked out a bit -- just look at that smile: 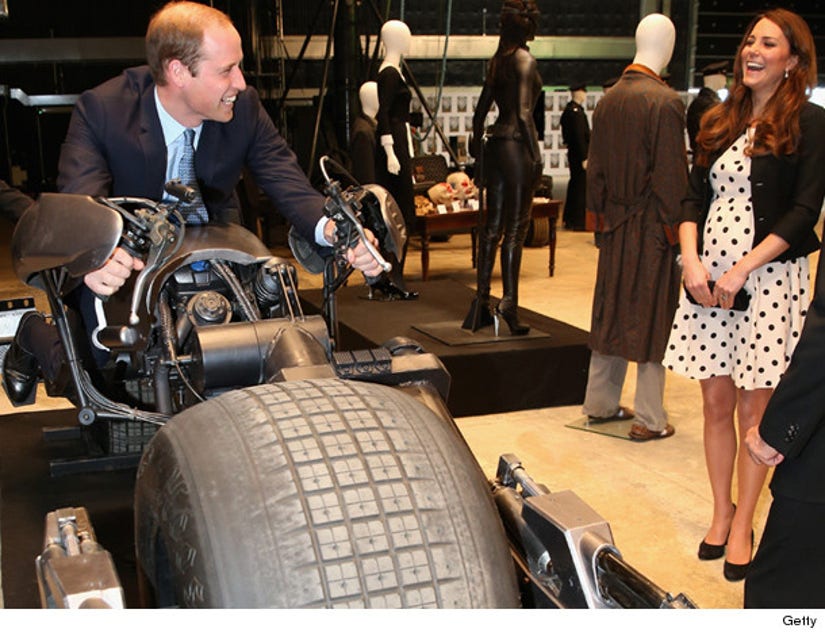 The photos are all realllly cute. Check 'em all out above!