The Backstreet Boys just gained another member ... for one night only.

"Knocked Up" star Seth Rogen got on stage and performed "Everybody (Backstreet's Back)" with the group during the second annual Hilarity for Charity event benefiting The Alzheimer's Association in Hollywood on Thursday night.

And he even knew the guys' signature dance moves!

Seriously, does it get any better than this photo? Love it. 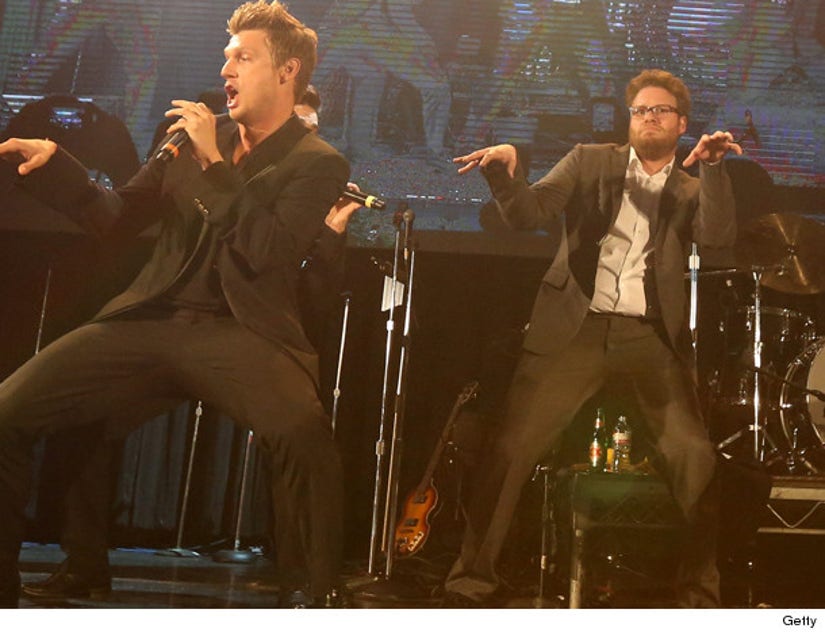 The event wrapped up a great week for the Backstreet Boys, who just got a star on the Hollywood Walk of Fame.

See how the boys (and other boy banders) have aged in the gallery below: 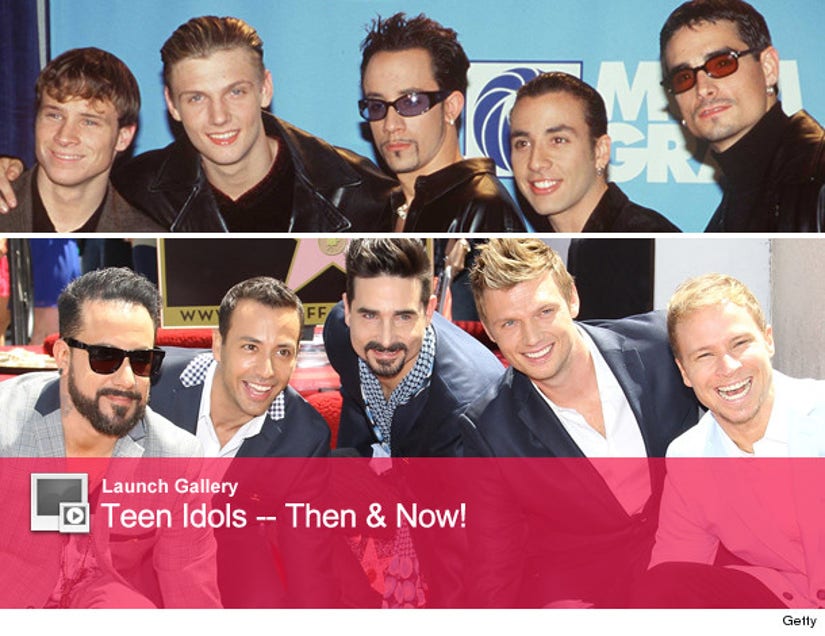