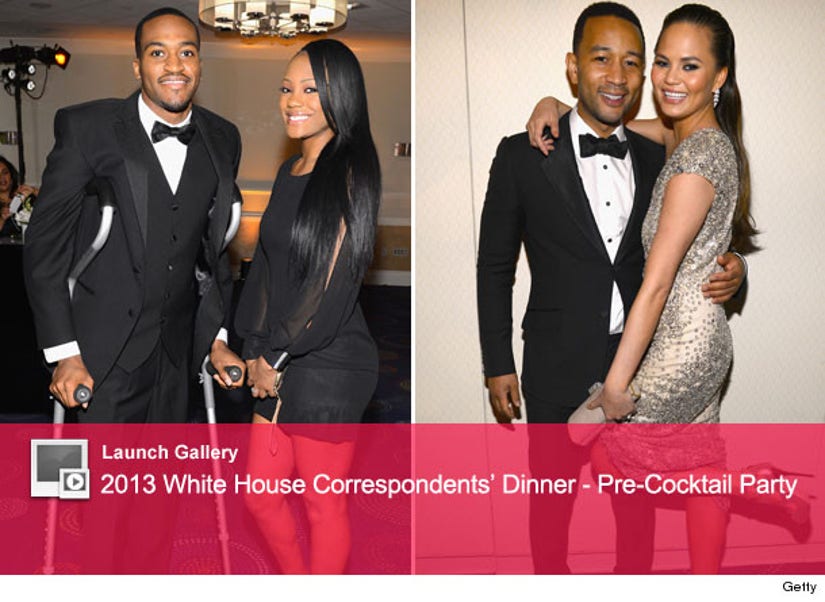 Kevin Ware has gone from down and out (literally) to up and about ... at the biggest D.C. event of the year!

The University of Louisville guard, who snapped his leg on live TV during March Madness (Google at your own risk) is well on his way to recovery, and hobbling hobnobbing with the biggest names in entertainment and politics at the 2013 White House Correspondents' Dinner.

The 20-year-old was all smiles in his suit and tie (and crutches) as he mingled at the Time/CNN/People/Fortune Pre-Dinner Cocktail Reception. Earlier this week, Ware revealed he'll be rehabilitating over the summer and will be ready to play in 2013-14 season.

Until then, he can hang out with the likes of John Legend, Amy Poehler, Patrick Stewart and Steven Spielberg.

Not a bad way to spend his recovery!

Click on the "Launch Gallery" button above to see more stars at the White House Correspondents' Dinner pre-cocktail reception.