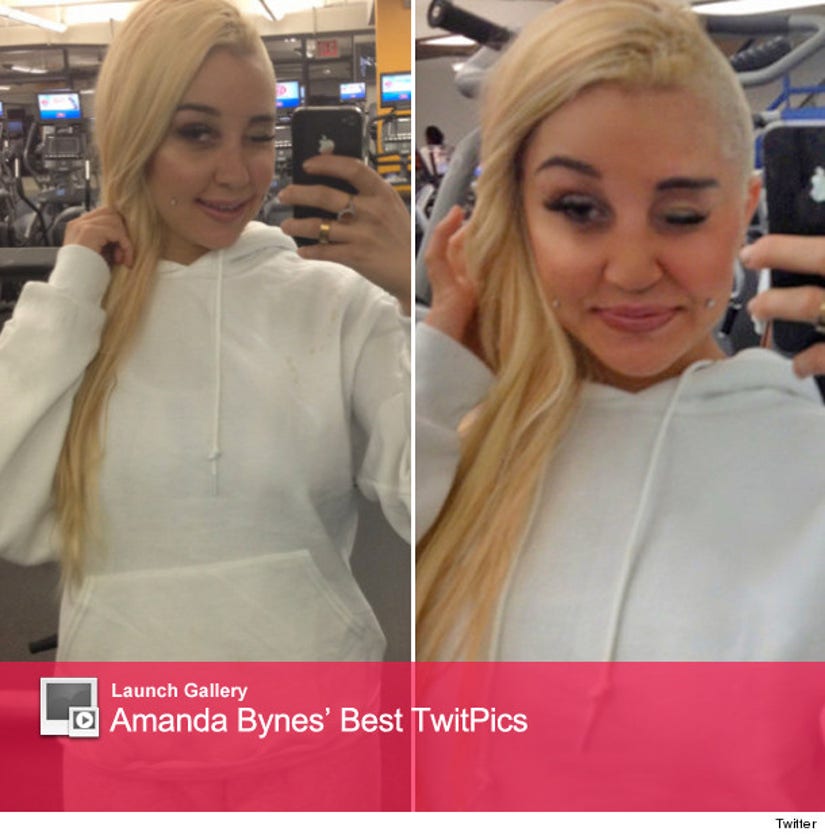 So this is what Amanda Bynes wears to the gym.

After reports she allegedly got kicked out of her gym for smoking pot on the premises (which she denied) and another rumor saying she showed up once wearing a wig and fishnets, the actress tweeted a few photos from her latest visit ... in an attempt to prove the rumors wrong.

"At the gym! Rawr," she tweeted last night along with a series of photos showing her in front of the elliptical machines.

The 27-year-old is seen wearing a white sweatshirt and matching sweatpants (sorry, no fishnets!), while also showing off her brand new half-buzzed haircut.

While we don't know too many people who go to the gym with a full face of makeup and false eyelashes on, this is Amanda Bynes we're talking about.

See more of the actress' more interesting TwitPics in the gallery above.

Plus, check out the bizarre TwitVid she just released. It's not as strange as the first one ... but still worth a look: