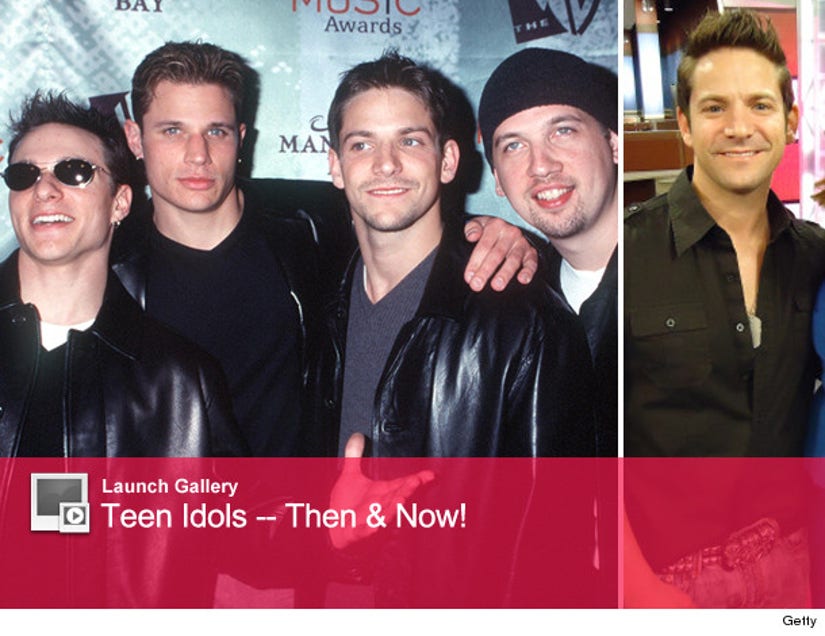 Get ready to feel old.

Just think we'd never have "I Do (Cherish You)" without Timmons, who's the founding member of the band.

Jeff was studying at Kent State when he decided to drop out and move to Los Angeles in hopes of pursuing a singing career.

The boys found great success like other pop groups of the mid-1990s (*NYSNC, The Backstreet Boys and The Spice Girls to name a few), but like their competition ... 98 Degrees split in the early 2000's to pursue other projects, only to reunite years later.

Since singing with the band, Jeff released a solo album "Whisper That Way," appeared on VH1's "Mission: Man Band" and joined the Las Vegas' Chippendales in 2011.

Timmons is currently working on a new reality show "Men of the Strip" -- a show which will feature the "hippest, hottest and sexiest male entertainers." Guessing he got the idea from his time in the popular Vegas stripper show.

Have Justin Jeffre, Nick and Drew Lachey of the band aged as well? Click "Launch Gallery" above to see more teen idols then and now!