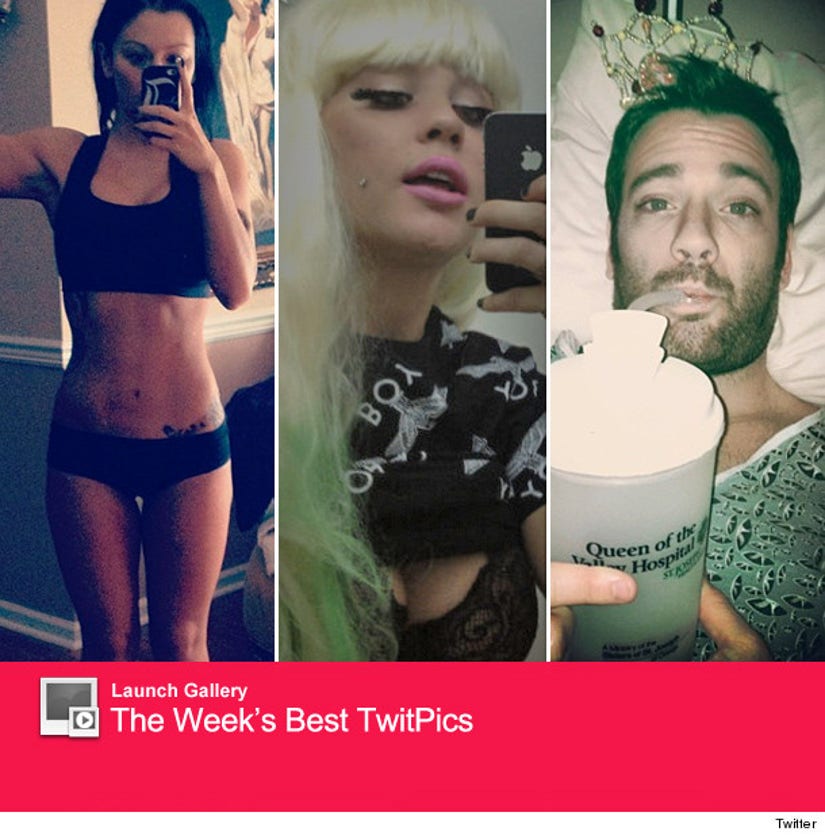 It was overshare central on Twitter this week -- as stars were revealing more than ever before!

Jwoww put her entire body on display in a pic that was intended to show off her growing arm muscles, while Amanda Bynes flaunted her cleavage (and new wig) in another bizarre shot from the former child star.

"Arrow" hunk Colin Donnell tweeted from his hospital bed as he got an appendix operation -- and he wasn't the only one fighting an injury. "Nikita" bad girl Melinda Clarke and "Brothers and Sisters" star David Annabelle shared busted-up photos from the doctor's office too!

Check out the gallery above to see those photos and more, plus find out why "Pain & Gain" costars The Rock and Rebel Wilson both had reasons to celebrate this week!